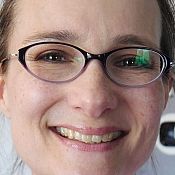 Tiemart
“I love Tiemart :)”
Tiemart's prices are great, the selection of ties is amazing, and the customer service was excellent. I found Tiemart when I needed a tie for a formal dance. Prices were so low I ordered some more as gifts for family members. The dance tie worked great and looked great. Some months later, a different tie seemed to be loose at the seams, and when I sent an email asking about the issue, Tiemart immediately sent me a replacement tie. It was painless, pleasant, and the new tie is working well. My experience makes me want to buy more ties in the future from Tiemart, because I feel confident they want to satisfy me as a customer.
Helpful (0)
Thank you
Berrylook
“I would avoid this company”
If I could go back and undo my choice to order from this company, I would avoid doing business with them. I ordered seven items back in July. I was immediately charged for my order, the entire order. Subsequently, I received emails to let me know two items were out of stock. Although I declined to choose replacements and stated I wanted a refund, I never got a refund on the items I ordered but never received. I received the remaining five items. Four fit poorly, and some didn't look like the website pictures. I wanted to return the four that fit poorly, but the return shipping to China is pricey, and since I never received a refund for the items that were out of stock, I am not confident I would get refunded for returning items. My emails to the company to resolve the issue always receive polite and prompt responses, but not action to resolve my issue. It has been 4 months, and despite assurances that my issue is Priority, I have no refund. I should have read these reviews before I ordered. It would have warned me and saved me money.
Helpful (3)
Thank you

Berrylook B. – Berrylook Rep Over a year old
Dear customer,
Thanks for sharing your shopping experience on us.
We're so sorry for the inconvenience caused to you.
But could you please so kindly to offer us your order number to review@berrylook.com so that we can help you as quick as possible?
Thanks for your cooperation.
Berrylook

Gina hasn’t received any thanks yous.

Gina doesn’t have any fans yet.

I spend over $160 on there website and purchased few items of clothing, the quality is bad and...

Hi I gave 3 star because I order coat that was really nice coat but was to small on me so I...