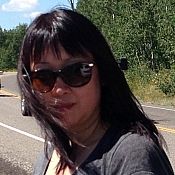 I visited the Footlocker at Rideau Center, Ottawa, last night and found a pair of trainers each for my son and me. When I tried paying by Visa, the cashier accidentally pressed "decline" when I signed. The till then froze and as it was close to 9:45 pm (the time I was scheduled to meet with my family - the center closes at 9pm), I was a bit stressed and asked the cashier if she could get it right the next time. Because the till was still stuck, she asked the manageress for help. Having heard what I said to the very pleasant cashier (who was most apologetic), the manageress very curtly told me she did not appreciate my "attitude" and called me IGNORANT. I remonstrated with her and told her that as someone supposedly in the service industry, her attitude was (shockingly) pathetic - and reminded her that (being in the service industry myself) the rule is that the "customer is always correct". She did not appreciate this and summarily informed me that she was NOT going to sell me the 2 pairs of shoes!

What she did was not only a reflection of the hyper-sensitive, entitled-mindset that many service staff possess these days but also sets a really bad example for her colleagues, giving them licence to behave in the same way - and worse. She also chose to be so rude to me in front of my teenage son, which was humiliating to both of us! I have patronised Footlocker many times before and have never had a problem, but I shall no longer be doing so. In fact, after leaving their store, I popped into Vans and received wonderful, competent service. My son ended up with a far better pair of shoes!

Footlocker needs to recruit, train and promote better. That lady had no right to be a manageress - obviously Peter Principle in manifestation.

BTW, if the manageress suggests I was being racist (the snowflake default defense and offence), I belong to an even smaller minority than hers..

Fui hasn’t received any thanks yous.

Fui isn’t following anybody yet.

This is the second time I have ordered an item off the footlocker.ca website because the item was...