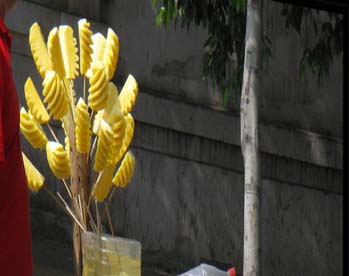 Roku
1.4K Views
“Do not shop this company”

Roku tv advertised they DO NOT charge for activation. HOWEVER the representatives 2 different ones tell you different. They would not activate my tv even though on the tvs activation page it states that they do not charge for it. They also told me even though I pay for cable and have Netflix, Hulu and Disney plus that i would have to pay for their services for these as well. Consumers this company knowingly and maliciously scams thousands of people out of their hard earned money. Do not be their next victim.

Helpful (3)
Thank you
Canobie.com
164 Views
“Does not honor season passes”

We purchased park advertised deals at the park itself for season passes in October 2019. We were told by the parks sale agent that Saturdays were excluded but otherwise there were no restrictions. Today Sunday August 9 2020 after planning a family outting, making reservations in advance and driving 45 minutes my 3 children and I went to Canobie. We were told at the entrance area by the associate that she had never seen our type Of " limited " pass. And they would not scan. She sent us to customer service. A man stating he was a manager admitted that when we bought the passes Saturday WAS the only black out day But NOW Sundays were excluded and that " if we checked their wed site we would of known that "He said we could either pay an additional $60 dollars PER PASS or buy day passes in order to be granted admission. As we could not do either he gave us a BASIC pass refund. So we had to leave. 3 disappointed crying children.

Tip for consumers:
Do NOT purchase season passes. They do not honor what they sold them to you for. Knowingly offering you a service that they do not honor.

Products used:
None.. They did not honor the passes they sold us.

Do not shop from here. I paid with paypal and yet i never received the product after months. They Never paid me a refund either. Btw i would of scored a 0 if it was an option.

This company is horrible. They push untested software updates which break TVs, then they act like...

I was on chat last night for over 2.5 hours trying to login to Paramount+ a subscription I've...