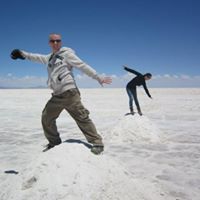 Without a doubt, the worst customer service I've ever experienced. These guys tried to hold MY MONEY hostage. It might not seem like it now, but these guys are going to be remembered in the same thought as Mt Gox. They're happy to take your money, but when you need assistance because their awful application doesn't work as expected (and it WILL happen), you're completely on your own.

Managed to get my money out by transferring Bitcoin out in time.

Avoid at all costs. YOU HAVE BEEN WARNED.

Finally, don't be fooled by their "support" on social media/reddit. They tell you to get in touch if you announce a problem publicly but when you do, they never get back to you. Publicly, it looks like support is happening. But it's not. I think they have one person working support. Seems all he's doing is scratching his balls.

Avoid at all costs.

You really have to see the difference between these silk screen stickers and regular digital printed stickers to understand why these guys are so popular. It's night and day. The guys at SR know their stickers and I've just received my fourth batch in 2 years. Shipping takes a little bit because they have to gang run orders (because they're silkscreened) but the wait is definitely worth it. Cannot recommend these guys enough.

Tip for consumers:
Check their facebook for vinyl sticker coupons.

You forget just how joyful an interaction with a business can be when you go so long without receiving customer service like this. Katie and her team are the Zappos of the Sauna world. Seriously, if you want to feel like you're the most important person on the planet, call them.

Sauna is amazing. I use it every day. Free shipping was what clinche it for me though. No problems yet but lifetime warranty means I'm not worried. Cannot recommend these guys enough.

You join Coinbase by giving them passport details ect, and transferring £2 from your bank...

I just wasted five hours trying to use this app. It is basically a non-functional waste of time,...