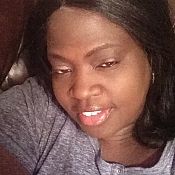 This is the second time I'm complaining about the mailboxes at my apartment complex being left wide open for thieves to steal letters and packages.

The fact that I was forced to go to the post office in person to complain about the same issue within less than two weeks, is one thing but to be addressed in a disrespectful manner is something else. After having asked to speak with a supervisor, I was told that no one was available. When I asked for a supervisor's name the big fat Precious looking clerk, who usually sits at the first window with the 1980's style mushroom hairdo, on the left as you walk in became really rude.

She acted as if she just got finished eating a huge bowl full of nasty and wanted to lash out on the first person who asked her a question. I just asked for the supervisor's name. At any rate, Todd the supervisor came out and took care of everything. At least for now. When I got home two hours later the mailboxes were closed. The first time I complained about the mailboxes being left open, it still was open hours after I got home. Don't know that supervisor's name, I spoke with two weeks ago but at least Todd helped.

At any rate, retraining needs to be done for the front desk clerks as well as the mail carriers. No one should be made to feel so secure at their jobs that how they perform it doesn't matter. They are still employed because we the people use their service. They work for us! We don't work for them!

Anything has to be better than Hello Mobile. Hello Mobile sucks with their fake unlimited data plans! They're liars who need to be shut down. After purchasing an "unlimited" plan my data service was completely shutdown. This was after having Hello Mobile for only two weeks! I called to find out why my data was suspended and they told me that I used up my data for the month. I was told by one of the supervisors that if I wanted more data, I would have to purchase a booster. Yet, when I called in to check my account, the automated system says that my account is active, no payment is due and I have purchased the unlimited plan. So much for unlimited data plan. One supervisor said that my data would be restored within 24 hours but that never happened!

I called back six days later and another supervisor told me that under federal law they had the right to completely stop my data. Not slow it down but stop it. Their unlimited plan is a complete lie. This supervisor even blamed me for using too much data on an "unlimited" data plan. That if I wanted more data I could buy a booster or wait until the end of the month. They also lied about giving me a free month of service. This company should be shut down for its fraudulent practices! Sprint should be careful about who they do business with...

Helpful (2)
Thank you
SecretExtensions
“Update to "Liars! Will Not Accept Returns"”

Since my last review, I have been in constant contact with Luvmehair via email. It was my hope that this company own up and take responsibility for their mistake. Unfortunately this was not the case. Not only do they want me to pay for their bait and switch tactics (by insisting that I pay for the return shipping) they want me to commit mail fraud by lying about the value of the package. They want me to to state on the outside of the package; that the product they sent me was only worth $15.00 when in fact I paid over a $105.00. If I failed to do so and Luvmehair were to be charged a tariff by customs, they said that they would deduct it from my refund. They stated that they would do this because they could not afford to take a lost by paying a high value tax.

By commiting mail fraud, customs could either keep the package or send it back to me. Then I would be stuck with return shipping costs and the possibility no product.

To make matters worse, it would cost me $135.00 by UPS. This doesn't include duty (which is separate from state tax), tax, tracking and insurance. If I opt to send it by USPS it would cost me any where between $56.00 to $76.00 and not $20.00 Luvmehair insists that it cost. The reason for the higher shipping is because the box weighs over 2.205lbs or 1kg and UPS and USPS are taking in account the dimensions of the box and my address from where it is being sent. This is because Luvmehair want their free cheap gift back and the original packaging of the wig.

Either way I don't think I should pay one red penny for their mistake. Luvmehair sent the wrong item they should pay for the return shipping not me. So, I am going to let my credit card company deal with them because I am done.

All I can say is "Buyer Beware"!

Final update: I last heard from Luvmehair aka "Stella" on March 19,2019, (via email) begging me to end my dispute and ship them the wig. Their promise to reimburse me the shipping fees fell on ears deaf since they still wanted me to commit mail fraud by falsifying the actual value of the wig (on the package) so they could avoid paying a tariff by customs. Moreover, by then my credit card company advised me to cease all communications with Luvmehair and allow them to handle the situation. That's exactly what I did, not wanting to jeopardize my case.

After dealing with the lies and deceit since the 1st of January, I see no reason to believe anything they have to say now. Thank God I had won my dispute and my money was refunded.

Needless to say, the women modeling Luvmehair wigs are all beautiful and the wigs look great. If you happened to luck out and received a decent wig, good for you. However, the wig I received was quite the opposite and I'm not alone. Just read the reviews from https://www.sitejabber.com and type in Luvmehair. You could read for yourself what actual customers were sent and the heartache they had to endure when trying to return the mess they'd received.

Please do your homework and research this or any other company prior to spending your hard earned money. 7

Don't buy from this place ordered wig it looks nothing like the picture, the quality looks cheap,...

The first couple of times I bought the undetectable 2.0 wig from Luvme hair was an awesome...