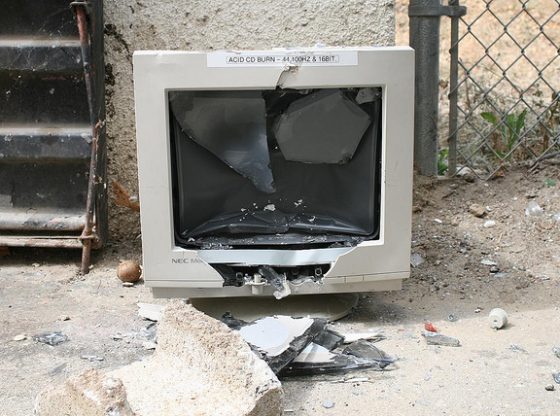 A “daily deals” website is a bargain shopper’s dream come true – a place where they can gain access to huge, exclusive sales from top retailers, and not have to contend with long lines at the clearance rack. Upon seeing the prices some of these sites advertise to lure in new users, many people are taken aback and start to scream “scam.” To be sure, there are some bad apples and plenty of bad deals. Despite that, daily deal sites can be sources of low prices on the items and services you want.

Hearing this, you might wonder if there could be any downside. Below, we explore daily deals websites, how they work, and the good and bad things they offer shoppers and merchants.

How Do 24-Hour Coupons Work?

Short-duration coupons offer consumers the chance to purchase products and services at huge discounts, typically around 50% off regular prices. In order to take advantage of these 24 hour sales, shoppers must join a coupon network that arranges and sends out the deals. Every day, users receive an email alerting them of the daily coupons, and if they are interested, they usually have about 1 day to complete a purchase.

How Do Group Coupons Work

Group coupons are very similar to the 24 hour coupons described above, except that they require a certain number of buyers before the coupon is valid. Group coupon websites (such as Groupon and Living Social) analyze a user’s interests and geographical area and group them into related clusters. Every day, new group coupons are offered to people in similar areas or with similar shopping interests, and if enough people commit to using the coupon, the deal becomes valid.

Of course, the big benefit of daily deal services to shoppers is the opportunity to participate in huge sales. On sites like Groupon, these sales apply to businesses in a user’s local area, such as 65% off your favorite city restaurant, or half priced massages at the spa up-town. Other times, the sales apply to online stores selling popular and highly-sought items, such as iPods or laptops. Different sites serve different niches, but all of them offer unbeatable savings to active members.

For those with a business mind and a tolerance for risk, daily deal websites provide an interesting opportunity. By taking advantage of the short-term, exclusive discounts that daily deals coupons offer, entrepreneurial minds can buy in-demand items for way below retail prices, and then sell them at a profit. MoneyCrashers warns that this is not always as easy as it seems, as some companies use refurbished merchandise for these sales, making it much more difficult to resell as new.

The Benefit Of Bulk Sales

It’s pretty clear to see how daily deals can benefit the shopper, but how does a business benefit from slashing prices down so far? The key benefit to retailers is the promise of bulk sales. Sellers don’t often get the opportunity to unload huge amounts of merchandise in a 24 hour period, but using a daily deals service, they can be reasonably sure that enough users who receive their coupon will redeem it.

Some sites even allow retailers to issue a minimum buyers requirement, where the coupon is only valid once a certain number of buyers commit. This feature allows sellers to establish when a certain coupon would be profitable to offer, and set the target accordingly.

A revealing study performed by Rice University surveyed a number of businesses running promotions through Groupon and reported on the profitability of those campaigns. A very positive finding was that a significant number of customers (50%) who took the online coupon ended up purchasing more than just that item. Even better was that 31% of those customers who took the coupon ended up coming back later to buy again at full price.

Let’s face it, getting an email that advertises unbelievable sales puts some pressure on the average shopper. The idea that you might not need a new MP3 player, but you can get one for 75% off becomes extremely hard to ignore – after all, if you don’t need one there are always holidays and birthdays around the corner.

Of course, some people have strong enough wills to resist by themselves. But when you belong to a group site, you’re not in it alone. Every time an attractive coupon gets released, friends, family and coworkers but pressure on you to take the offer so that everyone benefits, even if you never plan on using it.

An unfortunate reality of using daily deals websites is that refunds are not common. Generally, these websites are unconcerned with quality customer service, and instead focus the majority of their resources and energy on acquiring new merchants and shoppers. Services like BuyWithMe and Woot have “no refund” policies, which puts shoppers at risk of being taken advantage of by unscrupulous retailers.

While daily deals websites offer a great benefit to merchants in the way of bulk sales, most have strict requirements for admittance. Daily deal sites survive on the strength of their deals, and if they cannot offer bigger, better discounts to their users than other shopping sites, they have nothing special to offer. Therefore, many sites force their merchants to offer minimum discounts as high as 50% for their products and services. Understandably, this puts many retailers in a tight spot, as some cannot reduce their prices that much and still make a profit.

May Not Be Profitable

The Rice study discussed above shed some surprising light on the actual profitability of a Groupon campaign. Researchers found that a significant percentage (32%) were actually not profitable. For these businesses, the biggest problem seemed to be that only 25% of the coupon takers actually purchased the product advertised, and even fewer (less than 15%) ever made a second full priced purchased.

One Bad Experience Ruins The Rest

Predictably, the Rice study found that only 8% of those businesses who did not have a profitable first experience were ever willing to run one again. Though these businesses could have restructured their promotions, it seems the one bad experience dissatisfies them with the entire process.