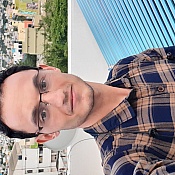 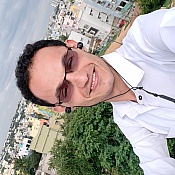 Wahid Nagi Ali From Yemen 25. Single. I am graduated from college of Business Administration. I have experienced of Assistant Administration with Arabian group companies.

I advise everyone to enter into digital investment via the Internet, which has fun in electronic marketing, is simple and has remunerative profits for your digital business.

Jocial
“The most common advanced technology with marketing.”

Jocial is an advertising company, reliable websites for well-known companies, and the first company to gain fame and confidence from the general public, with reliable targeted funds.

Service
Value
Quality
Helpful (1)
Thank you
Jocial.offic
“The best Advice be with jocial.”

If you don't have any money any work and asking how to get start up to earn own money. Just start with jocial company is so nice.

Helpful (0)
Thank you
Jocial
“Most interesting to get own profits.”

Jocial is one of the most popular company to get start with the owner profits with interested and smpile business to make special wallet.

Helpful (0)
Thank you
Alibaba
“The best Advice be with jocial.”

Alibaba.com (in English: Alibaba.com) (in Chinese: 阿里巴巴) is the largest and most important Chinese e-commerce website, and the site specializes in trading sales on the Internet for companies from all over the world and in multiple languages. Alibaba Group Holding (unlisted) owns a 71.5% stake in Alibaba's total shares in the Hong Kong Stock Exchange. Its founder, Jack Ma, and his family owns a 7.4% share of the holding company's total, while Yahoo acquires more than that after. Selling some of the company's assets to him (between 33% -24%). [1] In July 2011, Alibaba Group Holding Group was acquiring 3 out of 100 most visited sites in the world

Tip for consumers:
Alibaba.com is a partner alongside the US Trade Service (US Department of Commerce) and the Hong Kong Trade Development Council site for international service providers: Global Trade.net. At the start of February 2014, Bloomberg estimated the value of Alibaba at $ 153 billion.

WAHID hasn’t received any thanks yous.

WAHID doesn’t have any fans yet.