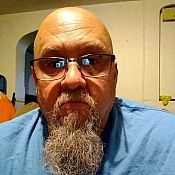 MyLife
“SCAM ALERT! Will drain your bank account.”
I paid for a $1 for a 7-Day membership trial in less than 24 hours after starting a membership my card was charged $131.40 for a year I called mylife.com the first Lady didn't like what I was saying to her and hung up the second person I talk to told me that she gave me a refund and I demanded that the account be shut down I told her as soon as we get off the phone I was going to check and if it wasn't shut down I would be calling back well guess what it wasn't shut down and when I call back this person tells me that they never took any money from me my card was denied and the 7-Day trial I had what's a gift I tried to tell her that wasn't true $1 + 131.40 did come off my card the Bank verify it but now they swear they never took any money even though the bank says they did, as I'm writing this I checked the mylife account and the trial that I paid 131.40 that was too of ended on March 9th 2020 is still active on March 10th 2020.. I will be calling him again about this

Tommie hasn’t received any thanks yous.

Tommie doesn’t have any fans yet.

The information that MyLife had on me was false and damaging. I tried to contact the company to...

good old My life. billed not one 14.95 but two on the same day and then added another one on the...