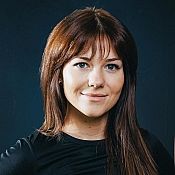 The worst delivery company I've ever used! The track&trace link was not showing any time frame of the delivery until the people just came to the house when I was at work. I said that I was not informed that they were coming, so I cannot be there now and said that they have to deliver on other day. People on the phone said "no, we cannot come other day, it's too far". I said "then leave the boxes next to the gates". They said "ok". After a few hours I was back home and all of the boxes were threw over the fence! (it was baby stuff including 2 beds and the matras). As a result everything was dirty and broken. The store promised to pick it up again via GLS, but they can only come on a business day and there is no time frame! So I had to skip my whole work day for that but NOBODY EVEN CAME! The online store told me that GLS just cancelled pick up with no explanations. Point. Nobody didn't inform me in any way, not the store not GLS. So now I have to skip another work day next week and loose money and time because of them. So if you ever buy anything in internet ALWAYS look at who will deliver and if it's GLS then find another store because you will gain only problems. They don't care about people and have no client service or support.

Svetlana hasn’t received any thanks yous.

Svetlana doesn’t have any fans yet.

Svetlana isn’t following anybody yet.

Don't waste your time and money for this company. 100% it is the WORST company EVER. They lost my...

This company was supposed to deliver my moms medication, which is both very expensive and...