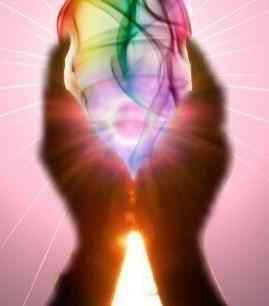 psychic reviewer, this is my alter ego. i do independent reviews of readers who i have engaged with.

Psychicircle
“I had a psychic reading from this couple”
I had a psychic reading from this couple. They were very friendly, accurate and full of good advice and information. Well worth my time and enjoyed my time with them online. Recommended and well worth a try. Gave me a discount too :)
Helpful (1)
Thank you
Oranum.com
“Have been following and enjoying Oranum for nearly...”
Have been following and enjoying Oranum for nearly 18 months now. There are so many readers to choose from. HOWEVER. Recruitment policies are too lenient with far too many readers joining. This means that talented readers do not have enough customers to make a living so they leave after a few months. This "churn" of readers means that relationships are hard to sustain with anyone over time. I used to enjoy the interaction with readers but now there is too much competition the energy of the site has changed. Too many readers don't speak or interact unless in private chats. Some are rude and obnoxious. Others are flirtatious and sleazy. Some of the female readers show their cleavage too much/often. And to top it off they have now changed the customer user interface and boy is it a mess. Hard to use, keeps freezing and crashing internet explorer. Tried firefox, chrome and mosiac, same thing. A big change for the worse. Readers i have spoken too don't like it and customers are abandoning the site quite quickly. Try www.spiritum.com instead. New kid on the block easy to use.
Helpful (6)
Thank you
Psychicircle.net
“It wasn't the website so much which was simple and...”
It wasn't the website so much which was simple and classy. It was the interaction with the people behind it. A small group of very nice people lead by a couple called Jason and Miggin. It is a psychics site but more than that I found them through facebook and enjoyed the articles they wrote about a wide variety of topics. I then booked an Aura Reading which took my interest. WOW extremely good and fun. I enjoyed it so much i will be back for one of their other readings. Gave me a lot to think about and made so much sense to me. Didn't know there could be so much detail. Everyone should have their aura read...
Helpful (1)
Thank you

Suzie hasn’t received any thanks yous.

Suzie doesn’t have any fans yet.

Suzie isn’t following anybody yet.

This person didnt answer my question. I hate office work.

Does not give any details... vague answers... will not use again