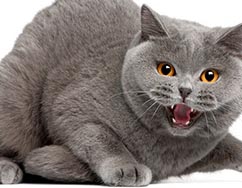 I paid for a products on the 19th May I got no receipt or voucher I waited for 1 week then contacted living social. I told them via email I hadn't received a receipt or voucher but the money had been taken from my account. I received an email back asking for the receipt number or voucher number, I emailed again saying I didn't get either which I had stated in my 1st email. I received an answer asking for the receipt number, this back and forth continued with them repeatedly asking me for stuff which I sent, then the next email would ask for the same stuff. I'm sure it's a robot answering me. When I got so fed up and told them if it wasn't resolved I would go to consumer affairs all emails stopped. I emailed again asking what where they doing still no reply. So they have my money and I've nothing. Here I come consumer affairs. I wouldn't trust this company with anything ever again and certainly wouldn't recommend them.

Tip for consumers:
Dont use this site

Products used:
Nothing I paid and am still waiting for my product or a refund

Sinead hasn’t received any thanks yous.

Sinead doesn’t have any fans yet.

Sinead isn’t following anybody yet.

Don't ever get involved with living social which is now owned by Groupon. Complete rip off cost...

This company operates a scam. A simple purchase of a golf net ended in me being scammed and no...