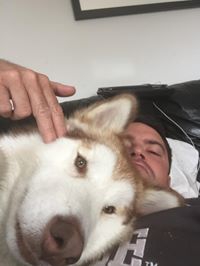 I ordered off this company in 2014 and was happy with the results. Now in October 2015 they seemed to of helped themselves to £59.99 out of my account and refuse to tell me what i ordered and not send me a invoice even though my card was used they view me as a "third party" but did tell someone else had a delivery and it had been accepted but they will not tell who ordered it until i get a police report. I am sure this is all cods wallop as if its my card I have a right to a invoice. 3 separate emails I received from them asking for a police report of which I cant report as 1) they wont care 2) I cant tell them who apparently ordered. Steer clear. Rip off merchants off my card

Am smiling as I read the latest brexit update from zooplus. It states and I quote"we would like...

My Cats are 9 years old and have been feed with food wet & Dry the whole time However the service...