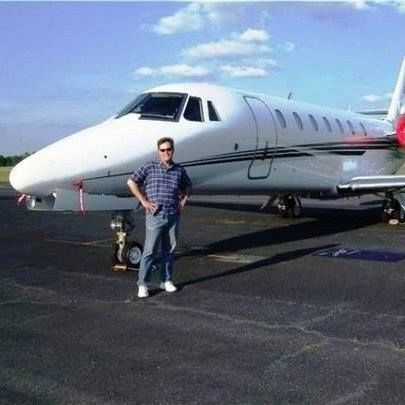 Pubby.co
“Not quite what I thought, but...”
I signed up, but in the end this review service wasn't quite what I really wanted. No problem. I told them so, and they refunded my money with no hassles. It can't get any easier than that. A well-designed site, easily navigable, lots of fun and supportive people. Give it a try.
Helpful (0)
Thank you
Scribophile
“The Best Writing Site Ever”
I've tried them all and Scribophile is without a doubt the best writing site I've encountered.

I've been with them as a member for many years and don't see myself as ever leaving. The site itself is easily navigable with its large and colorful prompts, all laid out in a logical and eye-appealing format.

I've met hundreds of dedicated and talented writers, editors, publishers, and agents there, many of them published, and just about all more than willing to help you along in your writing endeavors.

The monthly membership fee is more than reasonable and is even discounted for those comfortable with a longer term membership.

As for submitting your writing for review and analysis and reviewing the works of others, the process is a straightforward and simple one via the "Karma" point system. I've grown to like it and can always see my efforts on my profile page.

Highly recommended for both novice and experienced novel, short story, and flash fiction writers. There are also categories for those who prefer nonfiction and poetry.

In short, I've learned more on Scribophile than I ever did in any college writing class.
Helpful (4)
Thank you
FanStory
“A Behind-The-Times Fallacy. Don't Be Held Hostage To Their Page”
Your time is limited. As is your money. And there's one thing your hard-earned money and precious time can't buy on Fanstory--no matter how much of either you spend on this archaic site--and that's how to become a proficient writer within a practical time frame.

With a few exceptions, most of the feedback I received on FanStory for my writing were rarely helpful and tantamount to no more than a ostensible lets-stroke-his-ego pat on the back. Giving me wrong grammatical advice will not get me to where I want to be as a writer, either. I just can't take serious any writing site endowed with a plethora of supposedly knowledgeable writers and reviewers, many of whom don't know the basic rules of grammar, punctuation, or spelling, or who arrogantly rewrite stories to their satisfaction rather than constructively critique them for the sake of the author submitting them.

If you're a decent writer with interesting stories, I truly believe you'll find FanStory's not a desirable site to promote your writing. You could end up finding yourself victimized by spending more of what the site owner really wants--your money--before you even come close to being recognized for your overall writing skills and storytelling ability. Believe me, there are easier and less expensive ways to promote your writing effectively and FanStory is simply not among them.

If you really want to learn to write, to learn from other writers--many of them published--who really know the craft and the pitfalls that come with it, please consider looking elsewhere beyond FanStory. Check out well-respected well-known sites like Scribophile.com and/or your local community's writers' group.

I spent very little time or money at FanStory, but unlike some of the poor souls who have--a lot of them pensioners--I know there are much better sites to practice our craft, places on the web where our time and money spent really means something and gives back an equitable and fair return for their exchange.

I firmly believe this site preys on vulnerable fledgling writers through its unconscionable practice of openly and blatantly giving its members the option to spend additional money to be recognized and reviewed and then hopefully move their way up the site's ranking's ladder. The truth is if you're a good writer, gaining recognition shouldn't be a problem and you should NEVER have to come out of pocket to enhance what's already there. Your writing will speak for itself, but that criteria doesn't seem to fit the modus operandi on FanStory. The bottom line is you'll need deep pockets to get from FanStory what you should have been getting all along at a minimal cost, even free, like the more reputable sites such as Scribophile.com and others do.

Some may call FanStory a sham, while others may call the site the greatest ever, but I call it what I really think it is--a regretful, exploitive waste of time and money.

In my opinion, FanStory runs on a business model imbued to pull the maximum dollars from its users with little concern for their creativity or the quality of their writing. The site's alternative to getting noticed and reviewed is getting members to use their PayPal money--real dollars--to pay their way to the top, so to speak, even after paying a basic membership fee. This means the membership paid for is just short of worthless and gives you little in return for value. And their FREE TO REGISTER prompt is just as worthless. On other sites I've received something in return or at least had the opportunity to contribute just by simply registering.

On FanStory, I also had to contend with obnoxious pop-up ads, even after signing up for and paying for the basic membership fee. My inquiry with the owner as to how to eliminate those ads from my page yielded a quick but canned response from him. His return message implied it was simply part of the site's way of doing business but the subtext underneath read to me as "deal with it, live with it."

To conclude, I believe this website completely violates the creative spirit of writing and sharing through its selfish, extreme for-profit self-serving practices.
Helpful (38)
Thank you

Whether you've been writing for years, or are a newbie with your first book, this is the site for...

I was so surprised by the great edits I got on my short story just after I uploaded it to...