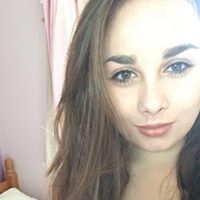 CampLeaders
“I am furious”
I applied for Camp Leaders as soon as the applications opened in June of this year. I have had an interview, passed, spent several hours completing all my details and have now just been rang to be told, point blank, that my date of departure is too late. I wouldnt mind if they would have told me that in JUNE when they rang me to confirm my dates but I was told they were fine. I have had to inconvenience people to get my references and Im not even being paid the full deposit amount back even though it is completely their fault. Ive had to have an interview as well, I do not understand how it has taken them until September the 22nd to ring me and tell me this. 3 months after I first applied. I am thoroughly disappointed and very angry with the service I received and the fact that their error is resulting in some of my hard earned money not being returned. DO NOT USE THEM even if your dates are fine. If they do this to me, who knows what other tricks they will pull.
Helpful (6)
Thank you

Appalling response to covid with - after a very long wait - a pathetic refund offer nowhere near...

PLEASE STAY AWAY FROM THIS COMPANY I am writing on behalf of my daughter who was going to Camp...