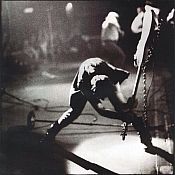 Hermes Europe
“Just dont do it”

Just dont bother, they will fail at every level
Failed to collect, very difficult to contact, phone lines have prerecorded message then cut you off telling you to go to website. Help is useless, hard to find the live chat, the bot is terrible and just repeats the same questions over and over, eventually by typing AGENT repeatedly it gave up trying to get rid of me got through to someone who on the first day said it would be collected before 8pm after I'd waited in all day (having placed the order the previous day) - it wasnt collected. The next day the tracking said theyd tried to collect at 2.15pm the previous day (they hadnt, I checked the CCTV, plus I was in, plus they left no card) when I told live chat this they said the vehicle had broken done. When I asked for the registration number or some evidence I was ignored, despite asking for it a number of times. They are simply not fit for service, just dont use them, its not worth all the frustration.

"BBC Watchdog Live has received far more complaints about deliveries by Hermes than about any...

Every single parcel thats ever been sent via them has never arrived but always been signed for...