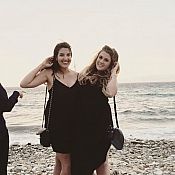 Sporting Smiles
“STOLEN MONEY - RUDE SERVICE”
I ordered two packs of teeth whitening for my partner and I which included the whitening light. I paid I think about $25 to have it sent to NZ and purchased extras I spent over 100usd and to find products missing with no explanation I contacted customer service to ask what happened. Wasn't greeted or apologised to in the email they said they were out of stock and that was it. I had to keep hounding them for them (they were still selling them on the website so how were they out of stock?!?) they again replied rudely and eventually said we are putting through a $10 refund....keeping in mind I purchased 2 packs... they cost more than that on the website so what's going on?!? I said I wanted the lights I had purchasd not a partial refund. They also said that the lights don't even have a purpose... ummmm so why are you selling them?!

I also asked about the colour of the blue protective gel as it came a very different cloudy colour to what is in the clear picture on the internet so being that it's my teeth it's a bit of a worry so I haven't used them. A lot of the caps come off the other gels too so arrives a bit of a mess.

Now I could totally handle all of that but the terrible customer service is appalling! No "hi" no apology for there muck ups or any explanation! Quite frankly they've kept money that doesn't belong to them and are selling products they don't have and also that they don't believe in. That's scary!
Helpful (3)
Thank you

Nicole hasn’t received any thanks yous.

According to the video if you order the whitening kit your first package you will receive an...

I sent a picture 4 my impressions and they said it was good. And then they emailed me saying the...