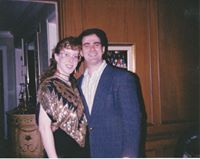 Merip.org
“A Quasi-Historical site that gives an extremely biased and often fictional account of history”

While there is quite a bit of factual information on this site, it is interwoven with half-truths and outright lies, in a manner deliberately calculated to give an extremely biased view of the Arab-Israeli conflict, and of Middle East and Jewish history in general.

It attempts to erase almost all Jewish historical claim to the land, as well as modern legal claims to it. It also makes claims about the British promises to the Arab leaders which are not based in fact. The British promise to create one or more Arab states was fully carried out, and never included what is not Israel, though many Arabs wanted to believe it did.

All in all, avoid this site if you want accurate historical information on the conflict.

Helpful (0)
Thank you
Middle East Rising
“Propaganda, through and through”

This site purports to provide news relating to the Middle East, but in fact it is filled with anti-Israel propaganda, occasionally accompanied by a few facts, but often completely fact-free.

As one example, a recent article there tried to portray refugee camps as concentration camps. Israel set up these refugee camps to serve both Jewish and Arab refugees of the 1948 war, in which 7 Arab countries attacked the newborn Jewish state, and which created a large number of refugees.

In twisting historical facts to fit a set narrative, the authors on this site try to tug at the reader's heartstrings, hoping that those who are not deeply familiar with the truth will be fooled.

Helpful (1)
Thank you
VeteransToday
“This site copies and pastes a few legitimate articles...”

This site copies and pastes a few legitimate articles of interest to veterans or their families, in order to draw people in, and then fills the rest of the site with unfounded accusations and conspiracy theories against both the US government and its allies, and against Jews in general.

Most of the items they post have been thoroughly debunked elsewhere, but they continue to post it anyhow, which shows that their real interest is in stirring up hatred, not in spreading the truth.

Miriam hasn’t received any thanks yous.

Miriam doesn’t have any fans yet.

The information is fake, I doubt half of the contributors are real individuals, and the...

They publish fake news, like a video game screen recording they published under "US attack...