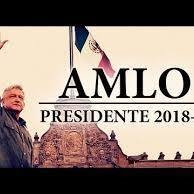 IHeartDogs.com
“Awesome site!”
I have purchased many things from this site and everything has been very nice, good quality. The one time I had an issue they replaced the item and apologized! One of my go to sites for gifts for dog lovers.
Helpful (1)
Thank you

IHeartDogs R. – IHeartDogs.com Rep Over a year old
We are so glad to hear that Michelle! We appreciate you!
Restaurant.com
“If I could give this NEGATIVE stars I would”
I bought four gifts cards and was excited to use them! But three of the four places would not accept them. One said I could only use it for dinner not for lunch, but it didn´t say that ANYWHERE on the site. Another one said the restaurant had a new owner and wasn´t accepting them anymore and the third place said they never gave restaurant.com permission to even sell them, and offered a free appetizer in return. So I basically just wasted my money. It is a SCAM. Will never, ever use them again and I hope enough people give them bad reviews so they go out of business. They are not only scamming consumers, but harming businesses who do not give them permission to even sell things in their name.
Helpful (6)
Thank you

This is not really a review, it it a woke up for people that writes bad reviews. Don't know...

I have had many, MANY kids, over the decades. Some with hooves, MANY with paws. Not only are...