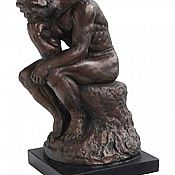 I was born under a wondering star

PhD Chemist with background in health, finance, computing and education.

Health, reading, motorcycling and camping: Chemistry is the subtext to much of this.

There is no right of reply on the website and Robert quotes selectively edited correspondence to discredit complaints about impartiality. Robert does not respond to emails which makes it extremely hard to have a meaningful conversation with him. Instead some post is eventually updated with comments. Conversations thus progress at a glacial pace spanning years. Most people have better things to do?

This site suffers from confirmation bias: This occurs when the only voice you can hear is your own or those who mirror your thoughts.

This site badly needs a comments section where users can bring back some balance to the unilateral discussion.

Applying philosophy to non-philosophical areas does not do justice to many topics. The devil is usually in the detail... and Robert does not facilitate this kind of discussion.

If you fail to listen how can you hear anything new?

When people (Stephen Barrett) start writing articles about areas well outside their specialisation (psychology) they tend to defend the status quo and reject anything new.

The definition of madness is to:

Keep doing the same thing and expecting a different outcome

Quackwatch is like watching the argument for smoking all over again:

"The established paradigm is safe"
The new <insert topic> has not been proven and thus is bad.

It's hyper skepticism at it's worst... and gives true skeptics a bad name.

Conflicting data often exists which Quackwatch fails to reference. Disagreements are typically resolved as the weight of data finally erodes an existing paradigm. Quackwatch shows no signs of recognising this duality and stifles valid debate rather than facilitating it.

Quackwatch censors debate, is not transparent, misrepresents dissenting points of view and dismisses anyone who disagrees with them as quacks.

The site would benefit from a comments section. Comment sections bring balance back to a discussion. Publishing reader comments forces websites to address weak points in their arguments. Reader comments give an alternative point of view which is otherwise lacking.:-)

Slander, inaccurate and pushing an agenda to shield society from the truth. Absolutely...