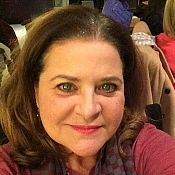 American Public University
“Former professor who knows the many ways this school mistreats faculty and students”
American Public University System has become a sham of a school. I worked there for 8 years as an adjunct and never got a single raise, even though they continually increased the amount of work. The students were also ripped off by this university. Many of this school's students are military or former military. When they started coming back after serving, many had PTSD (I taught psychology and recognized it) and weren't able to do passing class work. Because I had principles, I had to fail those students, which broke my heart.

Adding insult to injury for these students was the fact that the school permits students to withdraw from classes countless times, which insures they will get their financial aid. And they are permitted to withdraw until the DAY the class ends! So, those who should and would be failed are getting government money on the scam of a withdrawal when the truth was students would be retaking (and paying again for) the same class, term after term.

This university should lose its licensing. They aren't fit to call themselves an institution of education. They are a sham and a diploma mill. Students, don't be fooled by their lower prices--remember, you get what you pay for.
Helpful (7)
Thank you

Melinda hasn’t received any thanks yous.

Melinda doesn’t have any fans yet.

Melinda isn’t following anybody yet.

After a recent civil rights lawsuit, the school has descended yet further into a...

I have attended online and hybrid classes in the past from a real school and never had any...