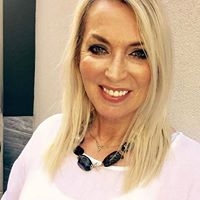 I just signed up with easy roommate and very quickly learned that I signed up for a scam. The people on the site are 99 percent fake and after googling their pictures they show up as legit people which identity is stolen or misused. I contacted them to report several scam pictures, however, the next day I still found them in my email box. I was being so dumb... to think that any roommate want's to pay over $2000 was being naive on my part. I had to cancel after two weeks... do not go there

Thank you for taking time to review your experience on our site Luise!

We are very sorry to hear that our service did not fully meet your expectations and I can assure you that none of your matches are bogus, they are real people who are looking for flat-shares and house-shares.

Easyroommate is the world’s largest classified site, specializing in shared accommodation. We existed for more than 16 years and our service is available to users in over 20 Countries. We are ranked the first in France and the second in the UK and we're happy that you have taken the decision to join our platform.

We aim to provide a successful experience hence our site is being monitored regularly by a large team of agents who ensure that the platform.

If you have any issues using the website or any difficulties or doubts about any of our user, feel free to drop us an email at: Frank@easyroommate.com and our Customer support agent will be more than glad to answer all your question!

Luise hasn’t received any thanks yous.

Luise doesn’t have any fans yet.

Luise isn’t following anybody yet.

Liers. Wanting you to upgrade, pay money and then Sending You long time nonexistant place...

I HAVE NOT HAD ONE SINGLE PERSON REPLYING TO ME REGARDING MY ROOM RENTALS... EASYROOMATE WAS BETTER