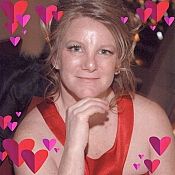 LifeLock
“They are gonna give you a con job when you try to cancel”
I was scammed when I tried to cancel my membership. Today was the 2nd time I called to cancel.

The first time I called, they told me they did cancel it, and they would not auto-renew with my credit card.

Today I noticed, to my surprise, they auto-renewed my membership, after they said they wouldn't!

So when I called today, the person started a script, asking me to verify my identity over and over, and then instructing me not to cancel until closer to the date that their 60-day guarantee would expire. He kept repeating his script, talking so fast I couldn't get a word in. After 44 minutes on the phone with him, I just gave in, so I could get off the phone. He wore me down

Lucy hasn’t received any thanks yous.

Lucy doesn’t have any fans yet.

Lucy isn’t following anybody yet.

Norton 360 premium 1 kept pushing an upgrade to Lifelock. We chose to upgrade to LL Advantage for...

I cancelled 4 times and they still billed me. Unless you plan to use this service until you die...