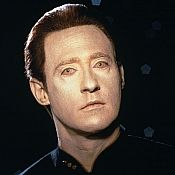 This is an excellent program. Among other things, it does an excellent job of converting files from PDF or EPUB formats to MOBI or AZW formats. It successfully preserves diacritics and other uncommon fonts. The online convertors I tried weren't nearly as effective. The software does many other things in addition to converting files, but I haven't had a need for those features as of yet.

As I have an iPod Classic, I needed to remove the DRM encoding to be
Able to load Apple Music songs. So I bought the DRM Audio Converter for
Windows. But when I tried to use it, all it did was load the songs, but
Wouldn't convert them. It literally did nothing. However, I contacted
TunesKit support and they sent me the debug version of the program.
Fortunately, this one worked perfectly. It's quite fast and I converted
All the Apple Music files that I have

I would have given the product five stars except that at first it didn't work.

Kirk hasn’t received any thanks yous.

Kirk doesn’t have any fans yet.

A decent ebook converter, does a good job at letting users create pdfs of their own books if they...