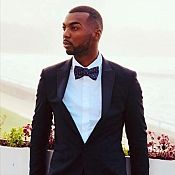 InquiryRemoval.io
“There website is now up for grabs. SCAM”

I stated back when James was there in March. Not one inquiry was taken off. I Zelled $500 and it's going. I was then contacted by Raymond Roth via trust pilot because I wrote a negative review. He stated that James was no longer there and that he would personally be taking care of my case. This was July. He said September is when i could ask for a refund if everything wasn't taken care of. It's now October and I have contacted him in July when he responded to me and I haven't heard anything. The website is for sale now and they no longer can be contacted.

Kelvin hasn’t received any thanks yous.

Kelvin doesn’t have any fans yet.

Kelvin isn’t following anybody yet.

I contacted Raymond Roth - Director of Operations. Asking him for inquiries removal. It has been...

This company is a complete fraud. Paid for their services in August to date not a single item...