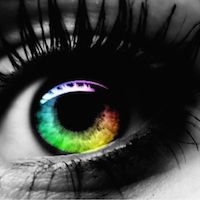 Gamer-Heaven.net
“Don't buy from here- you'll never get your merchandise, or your money back!”
I ordered a hoodie and the order and got a pre-shipment notice. Well, it never shipped. I had to go to my bank to dispute the charge- my bank is still trying to get my money back!

I looked at their social media and there are HUNDREDS, if not thousands, of people who ordered and NEVER got their merchandise or a refund! Some had been waiting months, others gave up after waiting a year or more! AVOID this company- it's a SCAM!
Helpful (1)
Thank you
Cosplay wigs USA
“Bad quality, waste of money.”
I bought a 36" curly wig from CosplayWigsUSA and was excited for it. However, it's really low quality and has several problems.

I know long and curly can be a challenge, but this is ridiculous! It tangles incredibly easily. It fell off of my wig head once and it instantly became a heap of tangles that I could not brush out. So I had to give it a soak in fabric softener and water, and then (once it dried completely of course) hours of brushing it with a wig brush in small sections to detangle it decently. Even after soaking it in fabric softener, it still tangles a ton at the slightest movement.

Sheds like crazy (even before the soak I gave it), and the hair at the front of the cap was sewn/glued really sloppy so it's matted with no way to fix it. Therefore, if you don't part and style the bangs just so, that matted stuff shows.

Also, even though I have a small head, this wig was way too tight on me. Even when I unlatched the adjustable elastic to make it as loose as possible. I was in it about an hour and I almost passed out! I've never had this happen before, but it happened every time I tried to wear the wig for more than 45 minutes.

I was really disappointed with this wig, and wish I had gone and spent my money elsewhere.
Helpful (0)
Thank you

Kate hasn’t received any thanks yous.

Kate doesn’t have any fans yet.

Kate isn’t following anybody yet.

I placed an Order November of 2015 and only received half of my order. They were Star Wars...

Garbage. Ordered a hoody. Over a month later, it hadn't come, so I emailed them. They told me it...