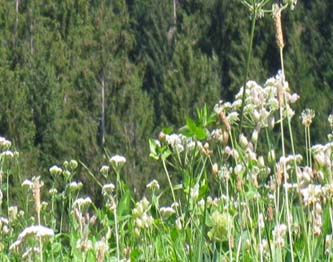 iStockPhoto
6.4K Views
“I would rate it a ZERO if I could.”

The WORST! As a marketing professional, who has worked with many programs like this, I can honestly say, they are the absolute worst. After years of paying into the subscription, the large corporation I work for decided to take a different direction. Switched off Auto-Renew and somehow it was turned back on and it renewed for another year. We aren't using the images and pay $199/month. Called customer service, asked to speak with someone who could help. Was told, he was chatting with the person. I then requested that person (won't mention the name) contact me so this current person I was speaking to doesn't have to be a middle man. I was told (Monday) the request was submitted. I was also told if we cancelled our subscription we would have to pay a penalty which is the difference between a month to month monthly rate and yearly plan monthly rate ($30). I would have to pay this for the months used since the "renewal" that no one did. Fine. Thursday came, still no word from other guy so I called back. Finally Friday I hear from someone who now said I had to speak with someone who deals with corporate accounts - fine! Was also told could cancel but would have to pay penalty -fine! Please have the person contact me.
Oh, forgot to mention, when we first inquired, received an email using a yoga studio in Calgary as a comparison - completely irrelevant.
Today- now over a week later I get an email that they won't cancel our account. I've asked why and the answer is we can't cancel annual subscriptions because they are at discounted rates. Fair, that's why we are happy to pay the difference ($30). I have now asked for a copy of our annual contract and the legal documents (terms) that lay out the cancellation (or lack of) policy.
What I am getting is, if you want to try something out and choose to capitalize on the discount by signing up for a year, you are stuck - even if you agree to pay a penalty.
BRUTAL- Try Adobe stock images or any other - we also use that, which is far superior. Do not expect to get any help, unless you want a gym comparison.

Tip for consumers:
DO NOT USE THEM

Kasandra hasn’t received any thanks yous.

Kasandra doesn’t have any fans yet.

Kasandra isn’t following anybody yet.

1st the categorization of images are extremely poor, 2nd most of their images are corrupt. Many...

They sell illustrations stolen! They don't give any security about the rights usages, They allows...