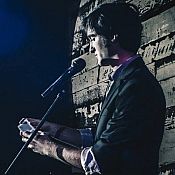 The University Of Sydney
“History, sociology, politics, law and economics are not sciences. Humanism-is-a-fact dot com”
'Experts' in history, sociology, politics and law will often acknowledge in quite a tokenistic way that human beings and the societies they live within are complicated, however, they grossly underestimate exactly how much so. The social organisms we call societies are not just complicated, but the most complex thing that anybody knows of by an unimaginably huge margin, a margin wider than the distances between the galaxies. The human brain consists of 100 billion neurons and a network of 100 trillion connections between them. We can only draw a 3d map of a section of a mouse's brain that is 1/100000th of the size of a grain or sand and this only shows the external structure of the cells and they must also be dead 1. Neurons communicate only with electrical impulses, but human beings communicate with languages consisting of tens of thousands of words which can be combined to create a practically endless number of meanings. The connections between human beings are staggeringly more complex than those between brain cells and academics in the fields mentioned above are trying to explain the relationships between thousands, millions or billions of those minds. Any attempt at theoretical explanation in these topics will necessarily be an extreme oversimplification. These 'experts' are not omnipotent and do not have the right to objectify the extent of other people's knowledge about these fields. It is facile to criticise someone else's historical, political, sociological, economic or legal thinking for being facile, because this is always the case. To be clear, we know distinct specific facts about societies, like when certain technologies were invented, or when one sort of constitution changed to another, or that 6 billion Jewish people were killed by the Nazis. We can also perhaps observe and describe large scale trends and changes in society like the spreading of industrialization. This is analogous to how ancient people could observe other people dying from diseases like malaria, without the slightest clue as to why or how. There is such a vast quantity of these facts, nobody can draw distinct boundaries around what should and should not be known about politics, economics, sociology, law and history. You could spend your entire life studying one year in one country and still only be very barely scratching the surface of everything that happened. For this reason, exams and assignments are redundant in these fields. It is not possible to measure someone's knowledge in these topics. An exam is supposed to be a random sample of information taken from a curriculum. This sample is used to generate an approximation of the extent of a students knowledge about that subject. The smaller the random sample is in relation to the size of the whole curriculum, the less and less accurate this approximation will be. Science professors must make a compromise, lesser accuracy for the sake of keeping the marking process within a reasonable, practical time period. The concept of a random sample exam cannot apply to history, because historical knowledge endlessly diffuses out in all directions temporally and spatially. We cannot draw curricular boundaries around historical topics as there are no distinct boundaries between historical periods, past events constantly influence future ones and none can be explained in isolation. History professors are notorious for setting incredibly vague essay questions about incomprehensibly abstract topics. This gives them an unreasonable amount of power, students are totally at the mercy of the opinions of their professors, instead of being at the mercy of the truth. When such a professor says your essay lacks an argument or a strong thesis, what they really mean is "I have a different opinion from you", or "I don't like what you're saying".
Helpful (1)
Thank you
True Local
“Conn artists”
Stole $100 from me via direct debit and they lied about it for about 6 months until I asked fair trading for help. Truelocal's response was to just give the money back. They refused to let me cancel the contract early and billed me for six months even though they had clearly broken the contract by engaging in fraudulent behaviour. I will take this review down if I receive a refund
Helpful (4)
Thank you

Julian B.'s review of The University Of Sydney earned a Very Helpful vote

Julian hasn’t received any thanks yous.

Julian doesn’t have any fans yet.

Julian isn’t following anybody yet.

A pointless site if you're looking for a balanced and fair review of a business. True Local...

True Local will basically let anyone comment about anything even when it has absolutely nothing...