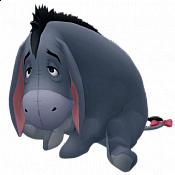 Pirelli.com
“Pirelli Tires are DANGEROUS and the Company is UNETHICAL - BEWARE!”

My 2014 X-3 came with a set of factory-installed Pirelli tires. The original set lasted slightly over 30k miles. When my tire dealer dismounted the old tires, we were shocked to find that THE TIRES WERE ACTUALLY FALLING APART FROM THE INSIDE OUT (see photos). The tire dealer assisted me in filing a claim with Pirelli and months passed without hearing anything from the company. When periodically calling to check on the status of the claim, I was eventually told that the tires had been inspected and destroyed with no acknowledgement of fault or settlement offer. They even accused me of having run the tires under-inflated for long periods of time (that was absolutely crazy because the bmw tire pressure monitoring system immediately alerts the driver when tires begin losing pressure).
I admit that they had me - they conveniently dismissed the claim, destroyed the evidence and blamed the car owner!
In anticipation of receiving some kind of settlement from Pirelli, however, I had subsequently purchased another set. This time they lasted only 26k miles before having to be replaced. When I contacted Pirelli to report the substandard life of the tires, they offered me a 25% rebate (on yet another set of Pirellis). After three months of waiting for a response I was informed that I could receive a rebate through my dealer, but the rebate would actually be based on the wholesale (dealer) cost of the tires. The actual amount of the rebate offer turned out to be just 14% - not 25% as promised.
In retrospect, I admit that I made a mistake by re-purchasing tires from this maker and for trusting them to follow through on their promises.
Pirelli tires do not perform better than other brands, they get pitifully low mileage and the company will not fully stand by their products - even if found to be defective. There are numerous other brands of tires that perform better, last longer, and are more cost-effective. Try ANY of the other brands, but STAY AWAY from Pirelli.

Helpful (0)
Thank you
USAutoparts
“LACKING IN INTEGRITY AND RESPONSIVENESS”

** WARNING** ** CAUTION**
I purchased a rear bumper replacement insert for a 2014 BMW. I compared several vendors and although Auto Parts Network was not the least expensive, the representative assured me that it was the highest quality, so on his word, I went ahead and paid the higher price. I had the part professionally installed by a local body shop. When I picked up the vehicle I noticed that the part I purchased from Auto Parts Network did not fit properly and left an exposed gap between the bumper and inner panel. When I contacted Auto Parts Network I offered to send photos of the inadequate-fitting part. They said they didn't need to see photos, but they did ask me to get an estimate from the body shop on the cost of labor to remove the inferior quality part. I received the estimate and forwarded it to them. Then, after promising (at least twice) to get back to me with a solution, I waited another week and called them again, just to have to explain my case to yet another representative. The agent kept putting me on hold and consulting with his "team" regarding a solution to the problem. This kept going back-and-forth for around 35 minutes. During this time they kept offering me partial refunds (starting at $32 for my total out-of-pocket investment of around $200.). At one point they offered to pay for the labor only ($93.) but not reimburse me for the defective part. When I asked what I would do with the previously installed defective part, one of their suggestions was that I consider re-selling the (defective) part to someone else! After I became fully convinced that they had no intention of reimbursing me for the whole amount, I authorized a refund for the invoice cost I paid for the part. PLEASE THINK TWICE BEFORE DOING BUSINESS WITH THESE PEOPLE! There are LOTS of auto parts vendors to select from out there, I would advise you to select one with higher integrity and greater customer responsiveness.

Helpful (1)
Thank you
B&CH Music
“STAY AWAY - REPEAT- STAY AWAY FROM THIS IRRESPONSIBLE VENDOR!”

I had been looking for a short-scale Telecaster-style bass guitar for a long time. I finally found one online that was manufactured and sold by BACH Musik of the Czech Republic. The vendor was initially responsive and appeared to be legitimate, so I ordered the bass. When it arrived damaged (damaged both prior to shipping and also during the shipping process), they were absolutely unsupportive and non-accommodating, basically leaving me hanging out there, having paid full price for damaged goods.
My recommendation is DON'T EVEN THINK ABOUT DOING BUSINESS WITH THESE PEOPLE UNLESS YOU WANT TO RISK A SIMILAR HORRIFIC, DISAPPOINTING AND FRUSTRATING EXPERIENCE.

I had previously written about a bad service experience with Martin Chevrolet but I am happy to report that they had the integrity to finally make it right for me.

My daughter was thoughtful to send her mom flowers on Mother's Day. When the package arrived at our house we could see that she had ordered them with my AMEX account through the gilt.com website. When we unpacked them we saw that the flowers were "dead-on-arrival." Even trimming the stems and placing them in water for several hours did not resurrect them. When we called the gilt.com customer service department and explained the situation they refused to offer any remedial action, either replacement flowers or a refund. They told us that they needed to speak with the person who placed the order first. I explained that the order was placed on MY credit card account and they still didn't offer to help. WORST CUSTOMER SERVICE EVER!

I have not received acknowledgement of the Sale or a paid Invoice, 15 days after PayPal confirmed...

Ladies, when it looks too good to be true it probably is. I am incredibly disappointed in GILT...