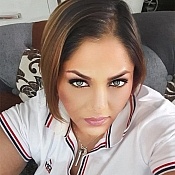 Designer-Discreet.ru
“THEY ARE A SCAM WHO POSTS THEIR OWN REVIEWS”
Designer Discreet are scammers, and post their own positive reviews on sitejabber and other websites. Every time someone writes something negative about them, they will post 10 or more positive reviews to hide the review.

I have had very negative experiences with them - and so has almost every other "real" person on the internet. Their site keeps shutting down because of their fraudulent activity, and Western Union advises you not to send them money as they're all flagged. FYI, they are illiterate Chinese people using a Russian domain. Their website is not SSL certified or secure. They used to be designer-discreet.cn but they were shut down for their fraudulent activity and started a new website at the end of last year. This is how they're able to keep stealing and scamming, because they keep changing their domain! They steal web content, product information and product pictures from other site to make their site seem more professional. If you have ever corresponded with them, you will surely see that they can't actually speak a word of English - and use Baidu/Google translate. They also steal your money; I ordered from them and had to make payment via Western Union. Western Union advised me not to, but I took the risk. I sent them the MTCN, and I received notification that they picked up the money - and after 3 days of no word from them I contacted them. They said they didn't receive payment. I then sent the SMS I had received and they said that I fabricated it, because they didn't receive anything. When I contacted Western Union, they also informed me that the money was picked up. They were adamant that they didn't. Then they stopped replying to my emails. I then used my husband's email to message them and buy something really cheap to see if it was the same story. Low and behold, they did the same thing. This time though, they admitted 20 days later that they had "just received the money" (bull$#*! - they picked it up within hours of me sending it) and will send the wallet out as soon as possible. A week passed and no word from them. I contacted them and they said they the wallet is actually out out of stock now. They apparently had two left and they were both defective - and they didn't want to send it to me because of that. I read a few people say that they were told the same thing about various other products! Then then said that they don't have any "cheaper" wallets available. If I add $120 more I can get a nicer wallet. Mind you; I was still pissed about my previous order where they stole $419. So, I went off at them abou that. It's been 3 months - and still no response. They have stolen my money twice.

They are fraudulent and leave their own positive reviews. I have done my research and they keep shutting down because they keep stealing from people. They get reported on a daily for scamming people. I read that they sell the cheapest quality products, too. DO NOT WASTE YOUR HARD EARNED MONEY ON THEM!

Hanna hasn’t received any thanks yous.

Hanna doesn’t have any fans yet.

Hanna isn’t following anybody yet.

So this is how it goes w them: Placed order which after months never arrives at customs. My...

I have read great reviews. But mine is not I purchased the rolex watch omg it's so cheap the...