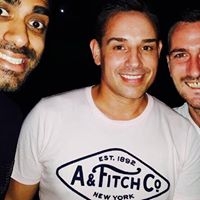 I had 4 new tyres fitted, called in advance and was told if I could go now it would be around 1 hour. I returned an hour later, to be told they were running behind, and it infact took over 2 hours. Not the end of the world. When ready it was pouring with rain so I got in the car and left.

The next day I noticed the rear drivers side wheel trim was not flush, I called national tyres and got told someone would call me back. They did not, so I emailed the head office who said they would look at it. I spoke to the manager and arranged to take the car in, on the day I called to ensure that was still ok, got told the manager would call me, he did not, I called again, got told the same answer, and again he did not.

I went back to the customer service department, and was eventually told the number they're written down was incorrectly taken. I then arranged to take the car. Upon arriving the manager came out, looked at the trim and whilst pulling it even more stated it was nothing to do with them in a very abrupt matter, further more they had no reason to touch that area. I was also informed that he hadn't seen any of the pictures I'd sent over.

I left and again called the customer Service centre, and asked why the email and pics hadn't been shared, as I felt my time was yet again wasted, and the manner in which the manager spoke to me, and his behaviour rude and unprofessional. She advised she would get the regional manager to call me?

I was called by the regional manager, and was told that the manager was new, and whilst it was unfortunate that he'd spoken to me in the manner he had, I could rearrange to take the car back to the dukenfield branch. As I don't work near there I was surprised to be told it would need to be a week day, as they do not work weekends as far as service damage or issues. The regional manager then accused me of being abuses to the woman in the complaint centre, which even the women admired was untrue.

They then agreed to meet at my home address to view the damage. Effectively I was advised that they believe they are not liable. Whilst this is only a car for my dog, therefore not a new car I have to say the rudeness of unprofessionalism throughout, regardless of liability or not was disappointing. I wont be using them in the future. Lesson learnt, cheapest is not always the best.

Whilst you say and I even accept that I have no proof that you caused the damage, and liability therefore can NOT be found, the rudeness of your staff is the reason I won't be using your company in the future, and not your decision to accept responsibility. The lack of professionalism and standards by your company are shocking.
Helpful (0)
Thank you
Easirent.com
“Use at your own peril!”
To say the worst experience I've ever had with being understatement. Booking a car a simple process, cancelling the car relatively simple. I was advised I would receive an email confirming the cancellation I did not, when speaking to their customer Service team, are use the word service loosely, I was greeted with rudeness, arrogance and the lack of knowledge that was shocking. After waiting days for a call back from the manager called Janice, I now understood why The team are the way they are. As Janice told me "your booking is now cancelled, so what actually is your problem?" Use this company at your own peril.
Helpful (2)
Thank you

Gareth hasn’t received any thanks yous.

Gareth doesn’t have any fans yet.

Gareth isn’t following anybody yet.

Awful. 20 minutes to get picked up at airport. Almost two hours to get car once finally got to...

The worst experience of my life. I wasted an entire day dealing with these a***s. I made sure...