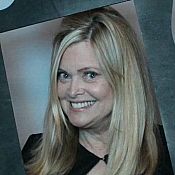 Better Business Bureau
“Do not use this business! Other complaints taken off his website”

This was a complete hoax and a nightmare. I provided a 15 inch binder filled with pictures of the contractors shoddy work, the contract which he violated using materials which were not stated, statements by honest people who had to rip out everything the contractor did and they went to binding arbitration which is a joke. The arbitrator was a disbarred attorney who lost her license to practice law because she was found guilty of bribery, misdirection of funds, stealing from her clients, collusion with the opposing counsel, and the list went on. I did not find this out until after the fact, but she was not to be doing work in this capacity especially in front of my attorney. She kept telling him to shut up. She refused to allow him to question my six credible witnesses who had to repair the damage after the contractor quit accusing me of "creating a hostile work environment" and that "I was a threat to his workers". As if I could be a threat to three 6 foot men, whom I rarely saw, and who didn't speak English. The companies pay the BBB to be members, pay to keep the A+ rating (I found 33 complaints buried on another site), and pay to put BBB with the A+ rating on the company website. Non of the people I have worked with in the past are on the BBB and going forward, if they are I will run the other way. I can add photos of the mess they ignored later.

Eleanor hasn’t received any thanks yous.

Eleanor doesn’t have any fans yet.

Eleanor isn’t following anybody yet.