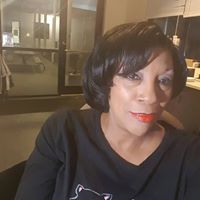 Facebook
“Facebook Live is A hot Mess”
Facebook is a hot mess Between people being disrespectful and stopping by for just a minute they might as well not stop at all.The video stops midway and then Facebook starts muting the video in other countries.
D j's do not earn a dime to go live. What is worse is that they the Djs refuse the stand up for their own industry our job is to give people the music new old current back in the day and really people on Facebook show very little respect for that or appreciation now there homies they show appreciation for or the super bigger D j's they show appreciation for. That's cool but the whole problem needs to be corrected on Facebook or they should shut it down for good and give the people listening a break and the DJs F the dumb sh##
If they were running ads next to the DJ playing live they would be making money and not bother Djs Who are promoting all the artists that make this music everybody should be pissed off and speaking up and sending Facebook emails against there stupid policies. Enough Duh! When they figure out how to make some money finally maybe they will leave Djs alone they need to fix this and right away and make everybody happy.
I'm gonna post this article to side jabber Every time someone reads this Regarding Facebook live they're gonna get notice how what they are doing harm TO the DJS Artists AND Real music lovers. MOST of the people here are not real music lovers facts! They are too busy posting pictures of their kids their vacations Food and sex or lack of holla

Mark Zuckerberg is a liberal Left Radical Democrat that has donated over 350 million dollars to...

This site block me for 7 days because one person write I am a donkey, so I respond to hem saying...