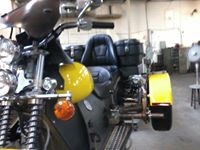 Amazon
“AMAZON.CA”
I truly enjoy dealing with AMAZON.CA, good product desciption, prompt delivery, several payment option, have dealt with Amazon.ca for several years, and do recommend whole heartedly.
Helpful (0)
Thank you
McKibbinsIrishPub
“Extremely disappointed in the McKibbins Irish Pub Vaudreuil”
I gave this establishment a 2 stars because of the nice, well thought out decor.

My wife and I used to go at lunch time, we would have a couple of beers and a meal, always good, staff was nice, never had a problem.

Then one evening I ask our daughter her husband and his parents to join us for supper, what a bad idea, how bad was it, well we now refuse to even get close to that place.

If interested, read the following review. It is obvious to me now, that the evening staff is totally different than the day one, not quite as courteous, diplomatic, and friendly.

All six adults had coupons for prime rib, at a reduce price, so we opted for that selection, WELL! Come to find out, that at six o'clock, there is no prime rib, or there is none left, or that it was removed from the menu, this was according to our server, which was very confused about the whole issue, so we opted for something and the two kids had an entree.

Well the food was crappy, and on top of that the coupons for the entrees were refused and were charged at the price a meal.

We had the evening manager involved, that was a futile exercise, the manager was abrupt and inconsiderate.

To top it off, our son in law found out that a friend of his had prime rib that same evening, so maybe if you are a regular you get better service, and if you don't go too often, don't bother going after 4:00, otherwise you will be extremely displeased with the food and yourself for spending all that money for a not so great evening.

I have even contacted the chain manager, don't bother.

Dominic hasn’t received any thanks yous.

Dominic doesn’t have any fans yet.

Dominic isn’t following anybody yet.

Absolutely love prime apart from once where my parcel come late everything been fantastic! Amazon...

I've had generally good experiences with Amazon. The reviews all originate from paid advertisers....