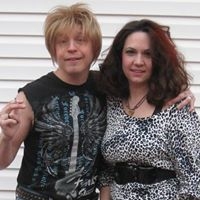 AscendTech
“Have an Issue and you'll never rate them STARS”

This company is unbelievable. They sold me a broken computer that blue-screened 4 times in two days. I called tech support and they told me I should try to fix it myself. I sent it back and they charged me a re-stocking fee... on a BROKEN computer!

I called to explain that I shouldn't have been charged a re-stocking fee and the MANAGER of customer service told me that the tech team ran the computer for 3 days and it didn't blue screen, so I would still be charged the $85 re-stocking fee. I told her I had called Tech support about it and told them about the blue screens, so they know there was an issue. She essentially told me I must be lying since they didn't see it happen there.

I asked if she thought it was possible that the tech team just didn't use it in a way that caused the issue to show itself. She said, no that is impossible.

Unbelievable. My only recompense, now, is this review, which is going on every site I can find. What an incredibly ignorant way to run a business.

DM hasn’t received any thanks yous.

DM doesn’t have any fans yet.

DM isn’t following anybody yet.

If you try calling, you may notice that you calls will go unaswered or that you will get hung up...

I ordered an LG 17" laptop screen on AscendTech after the display on my laptop broke. I naturally...