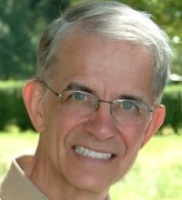 eBay
“I still use eBay, but only with caution”

I still use eBay, but only with caution. I will never buy software through them again, though.
I run a website company, and would buy copies of the Dreamweaver software our content writers use, but my last three transactions were both pirated versions. On one, the seller refunded my money. The third one is what earns eBay my $#@! Rating, because eBay let him get away with manipulating the system and cheating me out of my refund. As soon as I discovered it was a pirated copy, I lodged a complaint with the seller. He didn't respond right away, and when he did, eBay didn't tell me until several days before the dispute period was about to expire. I sent back the software according to their instructions, but the seller then delayed his response until the dispute period actually did expire and I was left with not even a pirated copy of the software and he had my money. I hollered at the eBay people, but they just brushed me off.
So watch for incredible deals on "new" software and just pass them up. EBay will not stand behind you. These shysters will just close old accounts when they get bad reviews and then open new ones.

Helpful (8)
Thank you
NTrust Bankcard
“I'm a small businessman and got a call from Entrust...”

I'm a small businessman and got a call from Entrust Bankcard that made me very suspicious of them. They tried to sound like I was already one of their clients and they had approved me for some special credit card processing package, and then they tried to pressure me into setting up an appointment to talk about this and wouldn't take "no" for an answer.
Not the sort of behavior you see from reputable businesses.

They asserted there was nothing I could do through their system and that was the only way I could...

Ebay used to be good (there were jerks, but that's unavoidable), but two things suddenly emerged:...