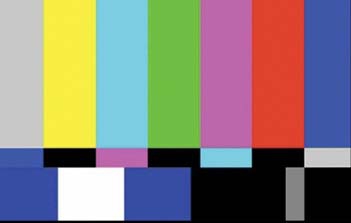 TeePublic
“Stay away! There are HUGE issues this company needs to fix and addresss before anyone purchases.”
I have had an issue with my order for the past Month and a half with almost NO communication... I waited way too long for an order that was mixed quality and the shirts I had ordered myself were messed up. I had heard these guys just throw shirts in an order sometimes to fill it and send it off and that seems tonhave happened to me. I ordered a Critters shirt and another shirt and got a Tshirt about zipties? I had spent over 115 dollars on this order because I had ordered for other people too. There is no phone number for these people and if there is an issue it will take near two weeks to respond to your initial Email. And after that who knows... I have waited 3 WEEKS with no response and noone answering my questions. Hitting a brick wall everytime I try to deal with these guys. Its SO frustrating. This review might change in the future but that really depends on how they handle this for me. I had a similar issue with Tfury and they responded same day. Why can't i get the same from a company I had liked more than Tfury until THIS. Stay away until these guys can get thier $#*! strait. For YOUR own sake.
Helpful (0)
Thank you

Thanks so much for taking the time to share your feedback. I'm so sorry for the trouble you encountered and I'd love to have the chance to make this right. Please get in touch via our contact page and we'll be delighted to help: https://www.teepublic.com/contact

Mention Samuel responded to your SiteJabber review and one of our team will get back to you as soon as possible.

Darryl hasn’t received any thanks yous.

Darryl doesn’t have any fans yet.

Darryl isn’t following anybody yet.

What is with this company! I tried ordering t-shirts and the website just bombs out when trying...

They closed down my store with no warning what so ever, other than a vague terms and conditions...