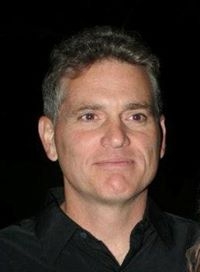 We used this site when hastily trying to submit a visa application after arriving at the airport unaware that we needed a visa to go to Brazil. Turns out there is no way to get one same day. Brazilevisas charges $99 and offer slower service than just going directly to the official provider which is VFS global. VFS charges $45 and provides status after you submit your application. If you need to go to brazil, use VFS and do so a week or more before your trip to be sure you have it. Airline needs it printed at the ticket counter.

Tip for consumers:
Don't use this site. 1. it costs 2.5X. 2. They make it a bit easier to submit photos of your face and your passport but the actual official site has very specific requirements for your photos and they will probably reject them because this site does not screen them in the same way that they will get screened when eventually submmitted through the proper channels. 3. they provide no way to obtain status of your application like the official site (VFS Global) does.

Helpful (2)
Thank you
Brazil.vfsevisa
369 Views
“This is the official legit site to apply for Brazil Visa”

We used a different scam site who paid for google search placement before we found this site which is in fact the legit one that does visas for the Brazilian Government. They charge $45 and require that you upload photos of your passport and your face to very specific standards. The website rejects them and gives you some opportunity to crop and adjust when uploading. After submitting you can check status during the process. There is a chat bot on the site to ask questions. BUT there is no way to expedite so you still need to allow 5 business days.

My wife ordered 3 swimsuits totaling $130.80. The credit card was rejected at first and the website popped a message suggesting to use paypal instead. That's when I walked in, and told her absolutely not. Then after sitting idle some time, she was prompted to re-enter the credit card and seemed to take it but never really came back with an order confirmation. THEN she read unfavorable reviews and tried to go back to the site and cancel less than 5 minutes after hitting the buy button. She got a major run around and no response or confirmation email. I looked at the 'pending' charge on the credit card and continued to monitor it. After 4 days it posted and I filed a dispute. Because they improperly billed the card as a recurring charge and I disputed it as a recurring charge that was canceled, the dispute was found in their favor as though I canceled a subscription of some sort after signing up. I called the card company after that (2 months later when getting the notice) and wanted to reopen the dispute as a merchandise not received dispute because after 2 months we never received anything from them. They could not for some reason dispute it again so the credit card company ate the charge only because it was an expensive annual fee platinum card. Why ever give your credit card info to a company like this? All they will do is rip you off. I just looked in my wife's email again for any confirmation email for this transaction and there are none, so I checked the spam folder and found tons of advertising messages from modlily that began coming a couple of days after this charge appeared. They were going to the SPAM folder on gmail as they should (Thanks for that Google!) but no message confirming a purchase.

Update, the merchant has posted comments on this thread 2 times asking for my order number to correct the issue, and I have replied 2 times reminding them that I never got an order number or any kind of receipt at all: only a recurring charge on my credit card so I provided them the reference number on my credit card statement and charge date and amount.

Tip for consumers:
Just don't. Certainly don't use paypal, and if you really really insist on using this merchant, make sure you use a good credit card, and don't fall for the recurring charge thing when you file your dispute: dispute as merchandise not received.

Dear customer,
We apologize for the inconvenience.
I will solve the problem soon for u, but could you tell us your order number first? Our order number is begin with the letter of “M” or “MM”, you can find it in your Modlily account or the invoice ID from the PayPal.
If you still cannot find out the order number, please feel free to submit a ticket to contact us. And our customs service will reply you in one working day (except weekends and holidays).
Note: Please mention that you are from sitejabber.

Chuck hasn’t received any thanks yous.

Chuck isn’t following anybody yet.

My wife purchased 7 items from Modlily. When the shipment came with no packing slip or any...

I Googled "American-made women's clothing" and ModLily appeared. Should've checked them out...