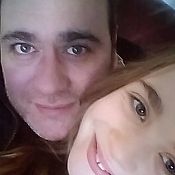 AnyVan
“Thiefs”
This company is shocking, I have just left my husband due to domestic abuse and was given a safe house from the council, I paid anyvan £329 and they sent out 2 Romanian guys on the day, they said they couldn't do the work due to an allergy to dogs hairs, so anyvan sent out 3 Russian guys as and they told me the job was too big for them and they needed petrol!!!! And they left too. I called anyvan and they told me that it was due to the state of my furniture and I wasn't going to get a refund!! Now my furniture might be old but it is not dangerous, surely if you pay for a job to be done and it doesn't get done, you will be refunded! I had to borrow that money in the first place, and then had to borrow another £400 to get the job done by 2 local lads, with no complaints. DO NOT GO CHEAP PEOPLE YOU MIGHT LOSE IT ALTOGETHER, THEY MIGHT STEAL YOUR MONEY TOO!! Guess I will have to take it to the small claims, appointment next week with the citizens advice bureau. BEWARE
Helpful (0)
Thank you