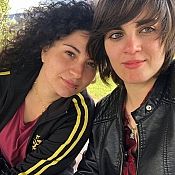 Our only mistake we made was not taking pictures of the car and the specific damage they accused us of doing when we originally picked up the car (Unfortunately we just had a couple of pictures just showing the vehicle plate and nothing more). Firstly, Green Motion gave us a VERY OLD CAR totally different from the one we booked on the EasyJet platform. Secondly they FORCED US TO PAY FOR THEIR OWN INSURANCE (which starts from £120 and doesn't cover anything) even if we already had a complete insurance with Axa covering literally everything. Thirdly, once we returned the car the staff and Manager (Helgi) very rudely accused us of a damage and FORCED US TO PAY £3000 for a damage which was already there (they claimed that we made a dent damage on the driver's door due to the strong wind on a day despite we repeated several times that the damage was already there when we picked the car up on 13/02 it was just a small sign on the driver's door. Only thing is that the door started making a funny noise one morning, when we first opened it, but we never drove the car or did something dodgy). PLEASE AVOID THIS COMPANY AT ALL COST. We should have paid attention to the other negative comments they have and avoid Helgi and her team (who are also extremely rude). Thank god that Axa gave us the money back and thank god we had this insurance, otherwise we would have lost lots of money (£3000 for a dent on a run-down car? I would have bought another car for the same amount). PS: When we returned the car on 16/02, there were 4 OTHER CUSTOMERS in the Green Motion office complaining about the same issues (insurance) and another couple who was about to miss their flight as the Green Motion team was busy STEALING US MONEY FOR NO REASON'.
Helpful (1)
Thank you

Chiara hasn’t received any thanks yous.

Chiara doesn’t have any fans yet.

Chiara isn’t following anybody yet.

Pasted here is the text of my email complaint to Green Motion, which Green Motion did not address...

A perfect example how corporations can scam and be openly discriminating to you and get away with...