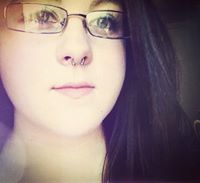 BeautyKind.us
“Please don't waste your time with this company”

My boyfriend and I were given a code for $50 off $50 as his mother is an affiliate with BeautyKind. We both placed orders as we were never told or shown anything that would indicate that there was a limit on how many codes could be used per household. We selected the free shipping method which promised our orders would be here within 5 business days. Awesome. 2 weeks go by and neither one of us have received an email stating our orders had shipped, so I contacted their customer care. Glynnis, the representative I spoke with, informed me my order had been cancelled because only one promotional code could be redeemed per household. I was irritated that they cancelled my order without notifying me (or refunding me!), but whatever, I'd get over it. I asked if she could check the status of my boyfriend's order and she told me it was placed on a "manual review" at their warehouse and we would surely get a shipping notification soon. Another week goes by and still no email, so I contacted their customer care again. Glynnis told me once again his order was under "manual review" but that she could release it for us if we'd like. If she could release it so easily for us WHY WASNT IT ALREADY TAKEN CARE OF? Why was it under review at all? She couldn't tell me. It's been another week and we still have not received an email stating it has shipped. BeautyKind is a scam. Please, please don't waste your money on them.

Cassandra hasn’t received any thanks yous.

Cassandra isn’t following anybody yet.

This company is a scam! They sold me completely empty containers of mascara not dry just empty!

I got bad breakout after using products I bought from this Company. Please Don't buy stuff from...