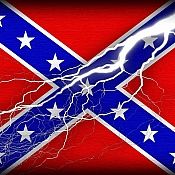 Craigslist
“Communist List: complete Pile of Sh*t, Anti 1st Amendment, CL censors any/every thing”
CL: Communist List. I've used this site for years off & on, as I can't stand them for very long as they are so DISHONEST. They censor postings even before they are posted, but make you think that they were posted, even just items for sale, particularly if you also post on politics. If you are put in on a list of their Conservative members, they hike their legs and pee on you constantly. A neoliberal post goes up in 10-15 minutes max. A conservative's post does NOT go up (if at all) until between 2-3 hours! You can comment on any conservative figure in anyway, but certain Neoliberal are completely OFF limits, particularly if mention they're being Gay, as in Obama & Michael (Mitchell). I've come to the conclusion that CL was set up by Communist Gays in SF-CA to mess with your head, waste your valuable time & piss you off. It's basically where Society's Dregs, uneducated, psychopaths, Zealots, Scum, lunatics, LIARs and the stupid indoctrinated (not educated) morons, which we collectively call Demonic-Rats, which have NOT yet learned the Difference between Reality & Propaganda (which they've been fed since the were babies) hang out. Normal people do not need this Crap. Don't waste your time!
Helpful (3)
Thank you

Bubba hasn’t received any thanks yous.

Bubba doesn’t have any fans yet.

Bubba isn’t following anybody yet.

I am out of Iowa. I used to post stuff all the time for sale, and look to find things. Now last...

All you get for posting something to sell on craigs list is trolls scams and spam. Its not worth...