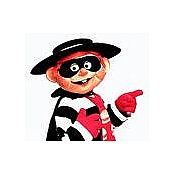 Rotoworld
“This is where I go for all of my fantasy sports insider...”
This is where I go for all of my fantasy sports insider news - I highly recommend this site as it has accurate, up to the minute news blurbs for all things that will affect your fantasy decisions. They get the blurbs basically by either watching the games live, watching news channels and websites, or from newspaper articles from all over the country. Additionally, I regularly read their articles and advice columns. And, best of all, it's free... something that almost all of the other major sites can't claim anymore. I used to use a bunch of other sites but they have all since become pay sites. Boo!
Helpful (4)
Thank you
Mock Draft Central
“Dominate your fantasy drafts!”
Dominate your fantasy drafts! - I used this site for its free features, which included its articles and 3 free mock drafts (real time drafts with other online drafters that are conducted for practice or fun) in the week leading up to my "real" drafts. It really helped me prepare in terms of how I would react in certain situations, which players I was targeting that I needed to reach for and how soon, which players seemed to be falling late in drafts and therefore could be bargains or sleepers, which players were overhyped, etc. It's great for novices because you can make mistakes without having to live with your mistakes all season, but even better I think for losers like myself who are obsessed with fantasy sports. It even emails you the results of each mock draft you do, and gives an estimate as to how you will finish the season in the standings given each player's projected stats.

Unfortunately, you can't get the ADP (Average Draft Position) reports and you are limited to 3 drafts in a given week unless you pay 3.99$ for the month. That's a pretty reasonable price, but if you're cheap like I am, you could always split it with a friend and use each other's log ins, then email the ADP reports to each other.
Helpful (3)
Thank you
Instrument Pro
“If you hate Guitar Center, but want cheap prices...”
If you hate Guitar Center, but want cheap prices... - Then you might want to try this site. They've got tons of deals going on right now, and here's a couple I've found:
5% Off Any Purchase &acirc;&cent; w/ Coupon AFF04 &acirc;&cent; exp 4/30/08
10% Off Martin Guitars &acirc;&cent; w/ Coupon martin &acirc;&cent; exp 4/30/08

Shop at your own risk though... check the cons on the Wiki.
Helpful (5)
Thank you
Funny Or Die
“This site tells us what's funny”
This site tells us what's funny - We all like to think that we have a sense of humor, but clearly it's inferior to Will Ferrell, the God of comedy's all-knowing sense. Add to that Adam McKay, one of SNL's best writers, and that should be enough to convince anyone that this site is great. Getting an approval that an amateur video is funny from them would be like being knighted by the queen of funnyland. It's like when you go to the video store, and they have employee's picks for movie rentals (but who really cares what the guy who makes minimum wage at a boring job thinks?). In this case, you've got Ferrell, McKay, and some other people who must be funny to hang with them making picks for their top videos. In addition, we the lowly viewers get to vote for the quality of hilarity after each viewing, making us feel important and letting us see if the public agrees with the comic Gods. What you've got here is a revolutionary, visionary site that should help anyone pass their time in a cheerful, favorable way.
Helpful (9)
Thank you

Get for NFL news. I get all my Free Agent news and Visits from this site. A lot better the Espn...

Love it, hilarious most of the time