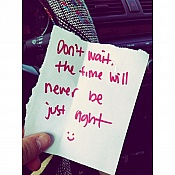 Anyone recall back in like 2007 when AIM released the first auto bot you could chat with? When It couldn't answer a question at first I was give u an excuse from a pool of twenty unique questions. It was actually quit impressive at the time for being AI like. This bots are not impressive considering it's been 15 years.

Anyone who challenges the fasct this are fake I suggest you try to get a very simple answer to a question that code will error out on every time. Such has adding two DIFFERENT types of variales that both repsent the same thing to humans. Aka a digit writen as a word, and a integer written as just the one digit number. And one u do this the bots going to send a prewrriten offended message. No human I've ever met goes on a data site and is offended whn someone wants to justrify they r real, if anything a real person will get some reassurance that you also are real. Want a 3 letter one that the average 5 y. O. can figure out btu not one bot on their site can? "can u think of another way to write this?: $lX
Prehaps this is just part of growing up aswell, but typically when in search of romances, regardless of form, i don't look for this as the opening line anymore... some form of" how have your experiences been with the sites UI been so far" prehaps its just me tho. Starting EVERY convo OR asking withing the first 3 sentences in over 90 concurrent chats...
To make it more frustrating, they have an admin that ALSO is a bot, (it tells you its a bot if u read closely) but if you report a bot as a fake profile the admin bot sends u a message claiming they loooked into it and it checks out about 5 seconds later. Man they have some good turn around time, almost seems impossibly fast. The best one tho I received 4 messages in under 10 seconds from a profile that came accross real via pics and wording, only the 4 messages were each over 170 char and had no typos. Which would me I was chatting with someone who could type over 4080 WPM... since running a jack hammer on your keyboard would be slower its kinda hard to believe, also since literally the world record on a qwerty style (normal) keyboard is held by barabra b - at 212 wpm without misspellings, with the avg word length being 5 char... idk 200x the word record... psh maybe I just don't know were to find good coke anymore more ya know?... if this isn't enough evidence then there's no point in me continuing.

Tip for consumers:
don't give them ur card. my account (i added 20 to make sure their 6$ charge for a week wouldn't overdrawn that account) yea its since at -75... they ran my card, waited, then tried to ad a 80$ tip before attemtpign it again at which point my bank finially blocked it, n I have security in place for fake card attempts, its because when they run ur card, they keep the transaction open like they are a hot food biz, hence won't flag most banks since it appears 1 attempt for under 100$

Hi!
The messages you have been getting are just flirt-casts, ice-breakers, or auto replies we have on the site, but they are from real members. Flirt-casts allow members to send a message to multiple profiles in their area to attract more communication and messages, giving the opportunity to set up your own message or choose the one from the list we suggest. That is why you were probably getting the same messages from different users since they choose the top ice-breakers we provide. But if you feel that a member is acting suspiciously, please go to his/her profile and click the 'Report' button. As soon as we receive notice we will investigate the case straight away. We work hard to keep our site fun and enjoyable, and we work hard to eradicate fraudulent people from the website.
Take care and all best

I purchased a membership with flirt.com after sending hundreds of messages never getting a reply...

Too much good looking ones showing on the first account, sceptical I decided to setup a different...