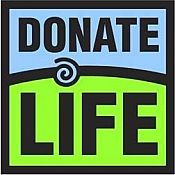 Lyft
“Almost missed flight due to Lyft driver”
We booked our ride in advance to take us to the airport at 3 am. The driver was supposed to pick up us between 3am to 3:15 am. The driver finally showed up around 3:30 am. When he showed up, he would not pull up to our house but sat down the road about 40 feet. We were all waving our hands at the end of our driveway so he would pull up to us. He did not move so I grabbed my luggage to walk to his car. As I walked up, he pulled ahead and drove past me plus my family. He did not stop. We did not know what he was doing so we waited to see if he was turning around. He did not come back. I watched him on the app and he continued on his route to the airport. I should mention I contacted him several times including before he arrived to our house and also after he drove by us. Given we no longer had a ride to the airport, we had to scramble to our car and get to the airport. I continued to watch the driver on the app and he went to the airport as he said he picked us up. We were then charged for our ride! I contacted Lyft and told them about the experience we had and we barely made our flight by 15 minutes. They said they would be happy to credit my fare for the Lyft ride! I could not believe it. The whole fiasco cost me an additional $120 because this driver was irresponsible and Lyft took no responsibility for it.
Helpful (0)
Thank you

I had a terrible experience with a lyft driver this morning. I normally dont use the service, I...

Today, I dropped my car off at my mechanic's and ordered a Lyft to bring me home. Initially, the...