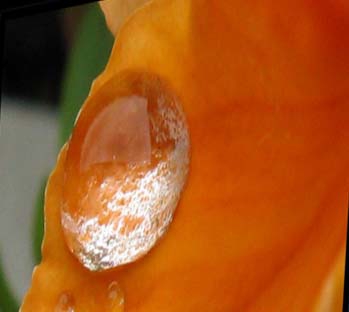 I’m a mystery shopper, a logger and a Vlogger whose going to share, post and state the facts of a business - so to assist others and prevent those who want to gain the experience without necessarily going through the ordeal .

Don't ever get signed on with a pseudo lame company called Justfab. In fact, this site will gain info of your card, upon your supposed $10 VIP purchase and then take monthly $39.99 and never let you go. You'll pay $39.99 a month for crap that isn't worth the dough. All their stuff is poor in quality and can be bought elsewhere for half the fraction of their cost.

We have a reputation for keeping our members happy and we want to make sure it is kept upheld. We’ll be sending you a private message now, so we can get this resolved as soon as possible. Thanks!

Upon my initial app't Which they got wrong and had an with a stench of some foul of smell, I was dizzy within minutes. They took my insurance card then asked for my medical card then had me wait an hour past my app't Time. When I got up to walk up, all of a sudden the immature, chatty, unprofessional dim - witted girls around age 20, had me wait in another room. Two dummies walked in with an intro and started messing with my eyes and after another hour the embodiment eye doctor- who kept asking me the same question repeatedly, finalized my prescription. Longer story short, they lost my designer glasses and wanted to not be held accountable. When I brought my lawyer in to it. They found my Louis Vuitton designer frames and handed me the eye RX which had no signature. A week passes after I called them stupid and they handed me another RX with the wrong name. You tell me, how does a team of embicilles and a smelly place get passed the right to practice as a so called business. The associates are shady as hell. Stealing my LV frames initially then handing them to my attorney, with still not one correct Prescription paper ( RX) to get my lenses put in my designer frames anywhere. Never have I ever seen a team so messy and smelly that I thought " cool place to get my eyes messed with and pay for all this shady mess!" Beware, Beware. You're a sucker to play or pay this place is a person's worse nightmare. This is their address:

2001 Highway 114 Service Rd
Trophy Club, TX 76262
Ask Kelsy a question and she'll lie to your face. Cindy is the old girl in her late fifties or sixties and is a lying two- face

Tip for consumers:
Don’t hand them your info or medical card .

Vlogger hasn’t received any thanks yous.

Vlogger doesn’t have any fans yet.

Vlogger isn’t following anybody yet.

I had a VIP account but had to cancel since I was in between jobs. They told me they would cancel...