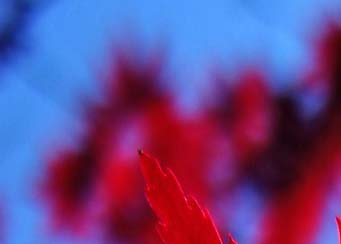 I cancelled my cruise with Cruise 118, which was to go on the 6th June this year, at the beginning of March due to being immunosuppressed. I was told somebody would get back to me in 2 weeks, they didn't! I phoned again and was told the cancellation hadn't been recorded! THIS HAS HAPPENED 3 TIMES TO DATE - and I'm still waiting for my money back. Initially I was told it would take up to 90 days to get my money - that was at the beginning of March. I HAVE A MINIMUM OF 26 CRUISE 118 PHONE NUMBERS RECORDED ON MY PHONE. I HAVE EMAILED TWICE, NO REPLY TO FIRST, AND STILL WAITING FOR SOMEONE TO CONTACT ME WITH REFERENCE TO THE 2ND WHICH WAS SENT TO THE MD ALISON ERNSHAW! I've been told: I could extend payment a month, then told I couldn't; I had to transfer cruise to a later date; I haven't cancelled the cruise; there's no record of my phone calls; I had to have vouchers; EVERYTIME YOU PHONE YOU GET A DIFFERENT PERSON, AND A DIFFERENT STORY - ROYAL CARRIBEAN THEMSELVES CANCELLED THE CRUISE IN APRIL - 4 MONTHS AGO! On 27th July, I was told yet again that I had to wait a further 90 days for my money back - again - on top of the 140 days? The cruise is no longer recorded on either of my RC accounts, and RC are saying it's been repaid? In fairness, I have always booked my cruises through Cruise 118 they are always competitive, informative and polite however, when it comes to paying money back they are appalling! Because repayment has taken so long, I have also had to pay my Sons ex her money back. Her family didn't believe I hadn't had her money back and instigated a solicitor to take out a County Court Order - it was either pay her or have a CC judgement against my name! I just want my money back now - I feel I have waited more than long enough, and this has cause me a lot of mental and physical stress, causing my illness to flare up, and in these times I can do without it. Just for reference, I am not the only person this has happened to - it shouldn't be allowed!

Tip for consumers:
Fine for booking, not so fine for getting money back!