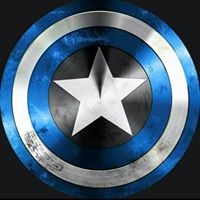 Nine days after selling my house I found out that this company placed a stop payment to my proceeds check before it was transferred into my savings account.

I called the title company (Mission TX) and I spoke with the Escrow Officer (Marty) and she insisted that I told them through the phone that I wanted the proceeds to be wired to my brother's bank account because I had issues depositing the cashier checks.

At no time did I ever call and request this.

I had to call her again because she was still insisting that I wanted the money wire transferred to my brother's account. The last time I spoke with this lady I had to tell her that she needs to stop the wire transfer because they would lose my money.

Later on that day, she called me back and informed me that the corporation only allowed her to make a partial check and they would owe me a small part of the proceeds. We agreed that I would pick up the rest of the money in about 2 weeks. This lady was all the time rude and she never apologized for their mistake.

It's been almost eight months since I sold my property and I haven't received the rest of my money. I went back the day they told me to pick up the check and I called them multiple times just for them to give me the run around. I was told they would mail the money within seven days. After that, they told me I would get it by the end of the year. I was told they would call me which they never did.
This Title company is not reliable and have a serious problem of credibility. Stay away from this place.
Helpful (0)
Thank you