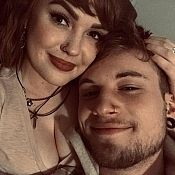 Pinkgreenstudio
“Horrible & Rude”
Went for an interview with Pink.Green. Very nice on the day and seemed very positive.Was promised a response within the week, on two occasions but didn't get one. I therefore sent another email through to Simon (Operations Manager) in a formal context to assatain their position on the job placement.Simon took the formal email in an offensive, blunt and rude context when I further called him in the day. I assured him that the email was not written with a negative agenda and being someone will low self confidence issues was anxious and confused by the lack of further correspondence.Simon continued in the presence of my family and girlfriend on loudspeaker to say "I will not take any stick from you Oliver" in which (in a none aggressive manor) explained to him that in the future he should be more professional in his approach to business communication.Cat, Founder of Pink.Green later called and explained to me that the job would be on offer to me but due to the "bollocking" given to Simon on the email (which wasn't rude) and via the phone conversation has left him upset. I was told to apologise to Simon via email and was made out to be the perputrator of such communicational difficulty.I was referred by Cat as a "$#*!ing gamble" thus the reason behind my lack of success concerning previous job roles. This obviously, being said, after I explained to her about my Aspergers and ongoing mental health issues was detrimental to my health and caused me to be very upset.My Mother, as a result, called Cat (equally upset by the ordeal) and explained to her my mental health issues and how the call affected me. I was referred by Cat, to my mother as a "mess" when I walked into the interview regarding my appearance and what I wore which has really upset me.She is a very rude woman, and it seems is very precious ver the integrity (or lack thereof) of her unpofessional, overly sensitive employees.I will recommend all agencies, including friends family and clients to not touch Pink.Green with a barge pole.
Helpful (1)
Thank you

Oliver hasn’t received any thanks yous.

Oliver doesn’t have any fans yet.

Oliver isn’t following anybody yet.