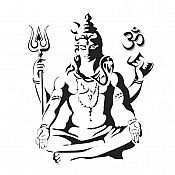 Vedanta
“Truth Is Arrested Here!”
TRUTH IS ARRESTED HERE! - I was sexually harassed and assaulted by a 20 year resident Bhramacharyi monk (a renounced householder) for over 4 months whilst I was volunteering in the Ramakrishna Library. After I reported to the managing monk (Swami Dhyanayogananda) what had happened to me, I experienced a long campaign of backlash and retaliation by all the monks, many Vedanta members, the VSSC Attorney/Board Member & investigator in my case (Anthony Kornarens), other male volunteers and many in the devotee community (in particular Ann Kook). After being shunned, shamed and defamed for 5 months, I was fired from my volunteer library project, banned from coming to the monastery all together and when I protested how I was being treated by the people who I gave my love, trust and respect to by continuing to come to the Ramakrishna Monastery, I was labeled a "trouble-maker." Then to add insult to injury, I was arrested for trespassing, had my car illegally searched and towed, and then sent to the Santa Ana Women's Jail where I spent that Sunday, Christmas Eve and Day and all day Wednesday before the DA dropped my case saying that it was frivolous and lacking evidence. The monks and many of the Vedanta Society Members do not practice what they preach; Vedanta's core values: compassion, love, respect, trust, forgiveness, self-control, selflessness and God-realization. The grounds appear to be a peaceful beautiful sanctuary and the monks wise and kind, but enter at your own risk because what goes on behind the scenes, in particular to female guests, devotees and volunteers, can be much more than you bargained for, finding that your character and reputation can be destroyed before your very eyes and at any cost. Look for my full story, plus many other women's too, soon in your local papers and posted to on-line communities, Facebook, Yelp reviews and others. Stand up to sexism, sexual harassment and assault, abuse, discrimination and retaliation where ever you may find it, but especially hold accountable religious institutions and their clergy who have taken vows of renunciation! #METOO!

Tip for consumers:
This is a Hindu religious organization that promotes the Vedanta Religion. A nice place to visit for a day trip, but beware becoming involved with this institution as a volunteer, devotee or member as the religious clergy do not always practice what they preach. Read my review.

Nomadic hasn’t received any thanks yous.

Nomadic doesn’t have any fans yet.

Nomadic isn’t following anybody yet.