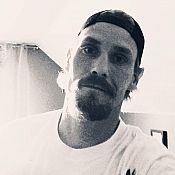 Isp.idaho.gov
“Part of the problem”
The all crimes approach that isp has taken in regards to how they operate has done nothing but fill institutions, burden the tax payer, and break apart family units. Every year they come up with new strategies to "combat the ever-growing drug problem" here in idaho but since 1999 they have done nothing but justify their own existence to a populace that just trusts them to do a job. I'll tell you right now that purchasing brand new state of the art exercise equipment at the tune of 124,000 or 164,000 is a ludicrous expenditure. They claim that part of their mission is to fight terrorism but what they mean by that is they are now part of the intelligence community that works with other agencies gathering intelligence of any kind against anybody. No one finds it odd that they get lucky during " routine traffic stops "? You know the ones that net them pounds of narcotics and thousands in cash. How do you think they pulled over that semi hauling hemp to Colorado? Just random coincidence or just maybe they thought they had a 7,000 lbs bust on the line that almost but them in the booboo. Off they wanted to truly wanted to do the right thing in regards to drugs and drug use they would stop these lengthy surveillance ops they do where they literally know that crime is taking place, that drugs are being sold and used and even have undercover police taking part in some instances but they want to rack up as many charges against the individuals simply on the grounds of gaining convictions. If this worked we would see it but it doesnt. It never has and it never will. The fact is prison and the judicial machine are the biggest revenue stream idaho has and no one cares because they think it's only happening to drug dealers and criminals but the harsh reality of it is that we are allowing bullies who claim to be waging war on drugs in a war where most aren't even fighting back to side step civil rights and freedoms for intelligence and revenue. It's not a war. They gear up like it is but most of the time no one's shooting back or kicking in their doors. I mean that would be war. A day will come when a line is crossed and the people will want answers to questions that ole wills won't be able to come up with. I really would like to see a bridge built between police and the citizens of this state whether they are addicted or not or on the other side of the law so that the best outcomes can be produced for the state as a whole. Right now it's an is against them mindset and it's breaking us apart. It's not a little thing. I'm a felon. I've been to prison and I deserved every minute of my time but I still have children and I still have people I love who I want to be able to enjoy the freedoms that we are all entitled too. I think isp needs a gut check. What kind of state do they want their kids growing up in because they have done nothing to make it better or safer. Just more of the same and if it worked I haven't seen it. It's not that criminals are trying to outpace them or keep up it's that the methodology is the same. You can't be your own community within a community and act like your working for everyone. Not when everyone is a potential target. IF you get the feeling like your not likes, wanted or trusted until your needed your probably doing something wrong.
Helpful (0)
Thank you

Idaho State Police are the most corrupt, most violent, most racist, most anti-American police...